OUT NOW - The Three Peaks of Azra-Kalan

Nearly five hundred years have passed and the story of the Great King and his children’s tombs in the Three Peaks of Azra-Kalan is told from generation to generation, known to bards and storytellers as ‘The Tragedy of the House of Derain’. It is a well-known story in these parts and many plays and songs have been staged and sung. It attracts adventurers from all across the realms because every year expeditions are sent out to find the entrances to the tombs but they always return empty-handed. Where there are tombs of royalty there is invariably treasure, and many chancers and glory-seekers comb these mountains looking for clues every season.

Over the decades the stories have been embellished to include tales of mystical treasures, magical trinkets and weapons of great power, protected by devils and demons sent by the gods of old to protect their charges. If any of this has any truth to it is unknown as nobody has ever found the tombs. They are hidden in the mountains and, as far a the locals are concerned, will never be found. This suits them just fine as the constant stream of explorers and travellers coming through the land is filling their pockets with silver. The trade in false maps, fake artefacts and incorrect information is booming, as well as for guides and retainers to help the fortune hunters in the mountains. In fact, it has become something of a tradition in the summer season when it’s safest to climb the mountains.

‘The Three Peaks of Azra-Kalan’ is for OD&D in a neutral location that can be added to any general fantasy land, as part of an existing mountain range or simply three lone peaks in the middle of nowhere. 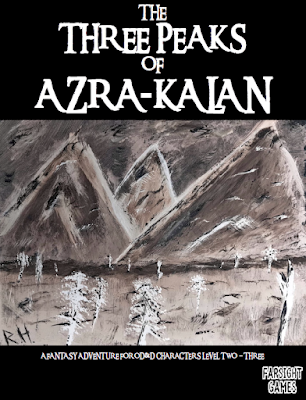 I've released a new #ttrpg on @DriveThruRPG - DELVERS! Dungeon crawling with a twist... of the knife! $2.00 gets you the full #rpg. It's fast and simple and illustrated by the amazing @HODAGRPG so you know it's gonna look good! 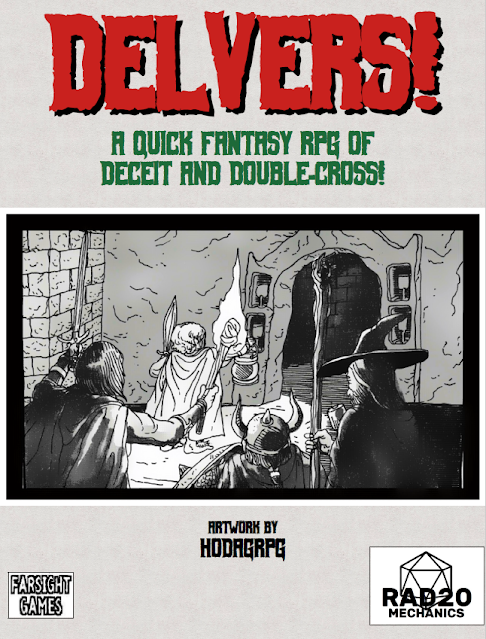