THOSE DARK PLACES: THE GAMMA-SIGMA 12 REPORT 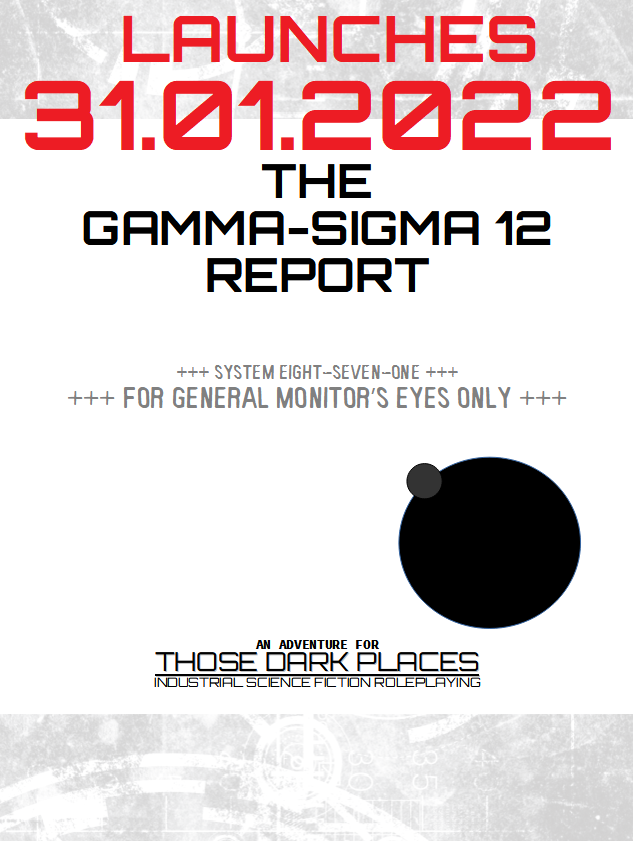 'A FUTURE HISTORY OF THOSE DARK PLACES' in development

One thing I'm excited about as I write this sourcebook and supplement for Those Dark Places (10k words and counting!) is that I finally get to share my ideas and rules for extended campaign play, so that your PCs can improve over time and longer stories can be told.

TDP is great for one-shots but the more I design adventures the more I want to try and create an extended campaign that players can experience. I hope the new campaign and experience rules help with that, without compromising the simplicity of the core rules.

So, let's talk about what I've got planned for Those Dark Places in 2022.

Now that my commissioned work is all but done I can spend more time focusing on TDP. There are three projects on the go right now:

- 'The Gamma-Sigma 12 Report' is finished and pretty much fully laid out. I'm missing a single piece of art but still deciding as to whether I need it. That will be out later this month.

- 'Darker Places' (working title) is the 15mm skirmish game and is still in design/playtest, though the basics are designed and just need to be put through the paces. I have no idea when this will be available; I don't want to release it myself and would rather it be a physical rulebook. I might be opening it up to public playtesting, but that's a work in progress.

- 'A Future History of Those Dark Places' is a sourcebook I have just begun work on that will detail a timeline leading up to the game's present time, details of the major corporations and prominent personalities, life on Earth, new rules for vehicles and starships, and a guide on character development and experience, so that you can improve your TDP PC over a campaign. TDP is designed with the one-shot in mind so this will help gaming groups enjoy a full campaign, or a 'tour'.

I've got lots of other ideas and plans but these are the three main projects I have. I won't be commiting to a timeline or a release schedule but I will be giving plenty of notice before release. 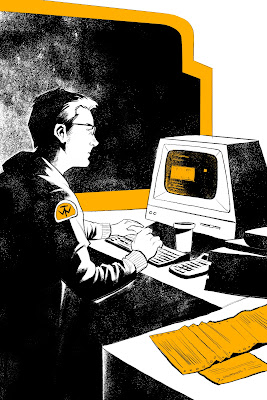