This is the very first page of my very first Basic D&D adventure I wrote 30 years ago, when I got into D&D and the RPG hobby became one of my favourite things. 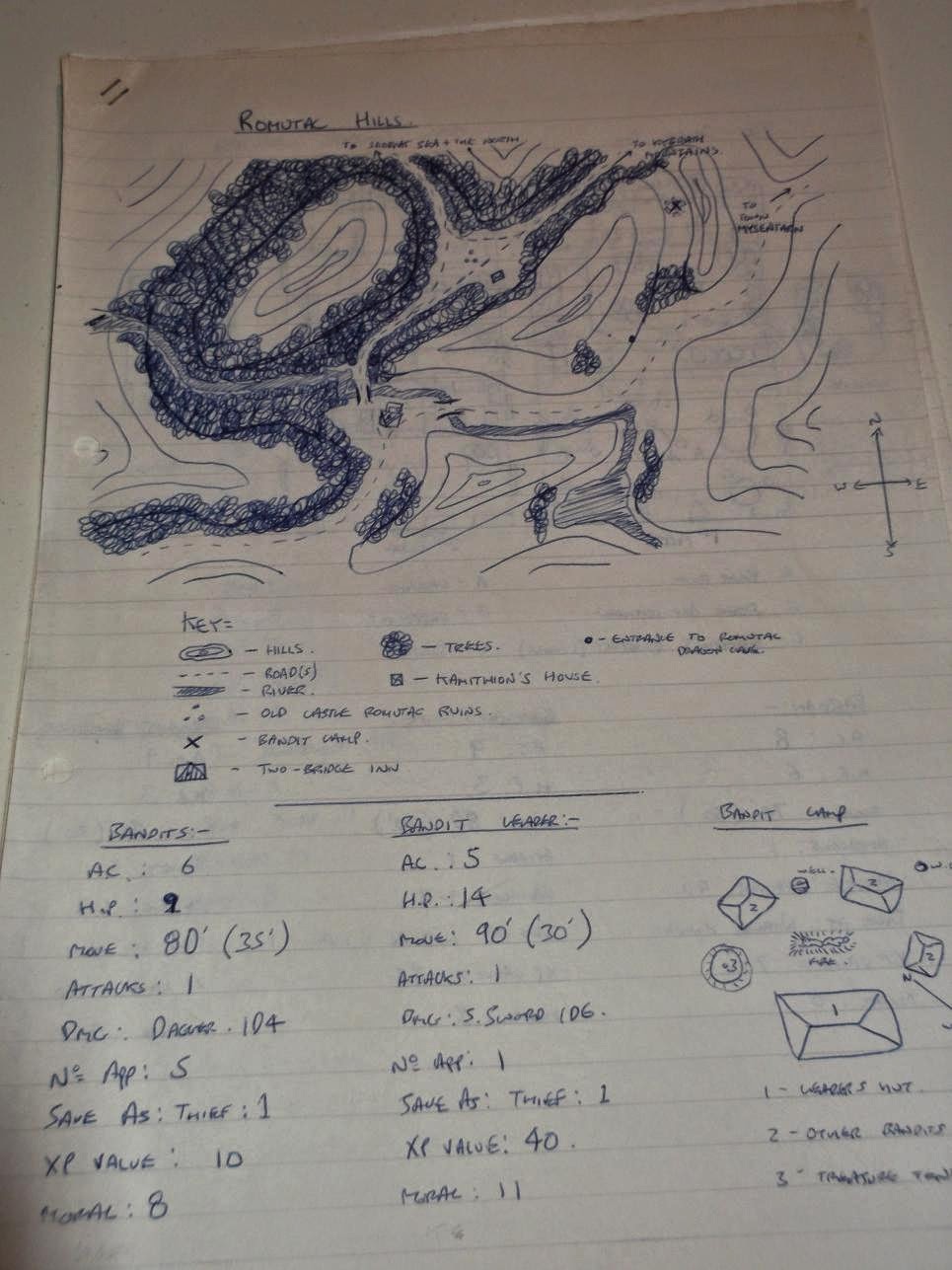 I created my own campaign world and the idea was that as the players explored they opened up new areas of the setting. Sadly, it wouldn't get used for another five years in a short-lived campaign I can barely remember.


The rest of the document is quite detailed, with every location mapped and every point of interest in that location detailed and statted. I liked to think that I was ready with a foe or an encounter no matter where the players decided to go and so I'd design accordingly. I was a first-time DM then, and I'd try to plan for every eventuality. I also had this 'me-against-them' view of the game as I was new to the hobby and still the boardgame mentality, as if I was challenging the players to defeat my adventure. I still have that in me, but now I'm less interested in them beating my scenarios, and more interested in seeing how the players react to them.

I've also got my first ever Star Wars map somewhere, from 1987. I'll have to dig that out of my hefty Star Wars RPG folder, which has more than a decade of material in it.
Posted by Farsight Blogger