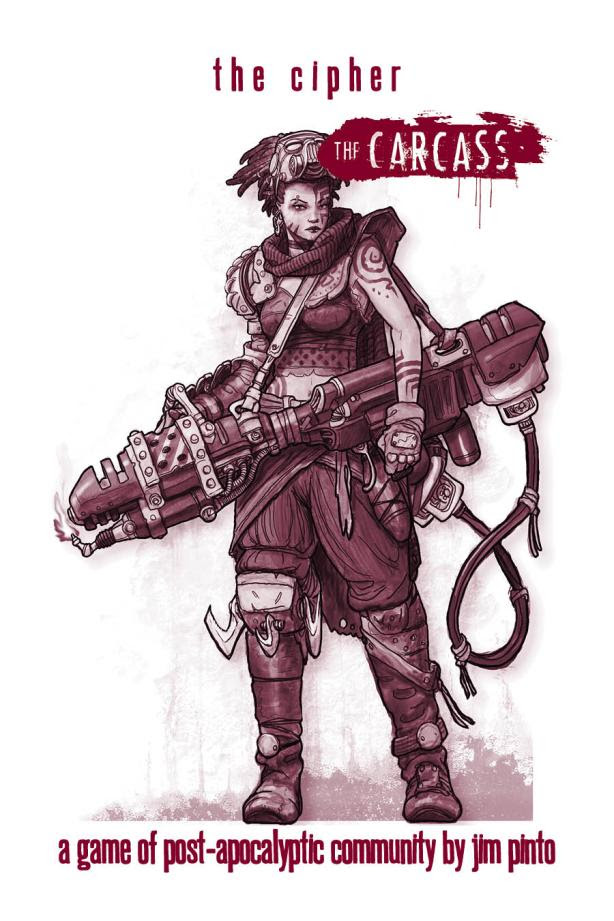 
How did you get into gaming?

1980. Scholastic magazine reported about D&D. I was hooked before I ever read a word of the game. Started playing in 6th grade with my friend… Greg. I think that was his name. We played module B3. I got trapped in a web and a princess killed something with a dagger. That's all I remember. After that, I moved around a lot and tried to make time/room for gaming.

James Glover and I used to game in 9th grade. A lot. Robotech. Traveller. T&T. Runequest. We tried everything. But that didn't last.

It wasn't until 1986 that I gamed on a regular basis with anyone. Andy Phillips (and I forgot the other guy's name). We'd game every weekend. Still remember my first all-nighter of Car Wars and Star Fleet Battles. I was too young to realize they were the same game.

In college I got into Torg, Blood Bowl, and more D&D. And by 1992, I was the know-it-all at my local game store. The rest is history.

It's hard to answer this question without context. Given that there are no constraints? I would say Kick the Can is the most perfect game. That's right. Double superlative. It just has everything a game should have. And kids have to make tough decisions. Can I make the run to the can before my name is called? Should I hide close or far? My earliest, most favoritist game memories.

If I had to pick a favorite RPG... Twilight: 2000, original edition. Despite the fact that I don't like any games similar to it. Favorite board game? Either Dominare or Carcassone: Hunters and Gatherers. Favorite card game? The old Jyhad CCG. Favorite bidding game? Ra. Favorite war game? History of the World. Favorite Social Game? Anything without shouting. See. There are too many qualifiers to games.

You run Post World Games, a website that offers 'design, development, discussion'. As well as your own games, you also offer consulting and advice for other gamers. What is it you offer, and how did the website come about?

I've been working for myself since 2006. I originally was doing graphics for people and I got tired of that and wanted to get back into writing. I'm one of the few people I know in the game industry who can do everything himself. So. I went about creating games that I wanted to play. Some of them were sitting around in my head. Others were just laying around on my hard-drive. Some still are. Post World Games is sort of my attempt to make what I want after years of making the same old tired games for people who don't know what they want. PWG might just be my rebellious streak.

One of these days I'll get around to charging people a consulting fee.

Your most recent game is 'The Carcass', a post-apocalyptic game that's not 'safe, soft or careful with the language'. It looks really good - what can you tell us about it, and what was the design ethic?

The original idea was unsafe PVP, fighting for control, dealing with the consequences kind of game. We don't have those anymore. All of the edges have been stripped off of modern games. Everyone is on equal footing all the time. Every class needs to be protected from harm. Every player needs to be protected from himself. There's so much soft, passive language in game design, I knew I wanted something mean. I just sort of started writing. Six hours later, I was playtesting it. Two weeks later, I had a game.

It wasn't originally going to be post-apocalyptic. But that's my favorite genre, so it was just a matter of building it differently. Which I think I did. Each time you play it's completely different. The world is built from the roles you pick, the questions you answer. I'm already thinking of doing a new edition, just to clean up some of the dents in the writing. 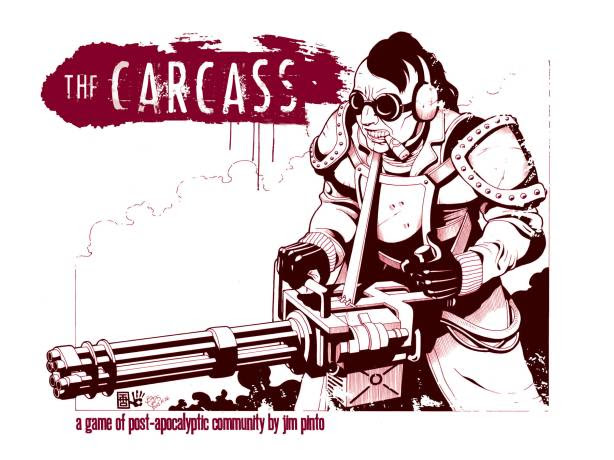 What else can we expect to see from Post World Games in the future?

I'm actually doing a mash-up in 2015. I said I never would, but I came upon an idea with Anthony Moro that just needed to be done. It's never be done before and so we're going to hopefully surprise people with it. He said with his fingers crossed.

After that, my fantasy game world that no one has ever heard about. Also writing that with Anthony. And of course, more Protocol games and more Carcass.

Well. It's a hobby. So it will never truly die. Even if there's only 12 guys playing in Uncle Pete's garage three times a year, roleplaying games will go on. It's the industry that has to worry about CCGs and computer games.

For me, I just make what I like. Eventually it finds an audience. Even if it's tiny. But there are certain financial boundaries to doing things. The day I do a kickstarter that needs 5k to survive and it only makes 2k is the day I need to move on from all this and become a greeter at Wal-Mart.

Best use of my talents, really.
Posted by Farsight Blogger