So, I popped into my local Titan Games today and saw this little beauty laid out on their gaming table. It's the new tactical miniatures game from Wizkids 'D&D Attack Wing', and it follows on from their hugely successful 'Star Trek: Attack Wing', which in itself follows on from 'X-Wing Miniatures Game' from Fantasy Flight Games.

It looked and played really well, and considering the additional releases the game has on the way I think it's going to be a cracking game that'll allow the fantasy fans to get in on the fun of the starship combat game, except they'll have ground units to play with, too!

The models were nice, not groundbreaking, but for you modelers out there it's possible to paint them up if you so wish. They're pretty good and serve the game well. The box itself is hefty and you get everything you need for three players, so you get your money's worth. The system is pretty good but I'll need more play time to get the full feel of it, but you can download the quickstart from the Wizkids website if you want to have a look at what they've done with the rules.

Sorry about the rubbish in-game pictures - that'll teach me to leave the house without my camera. 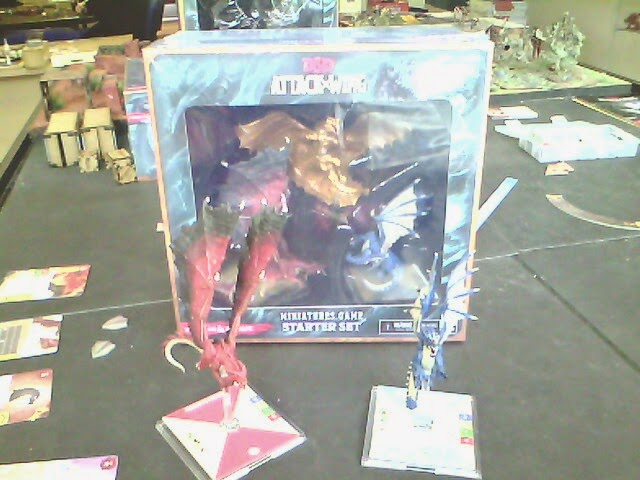 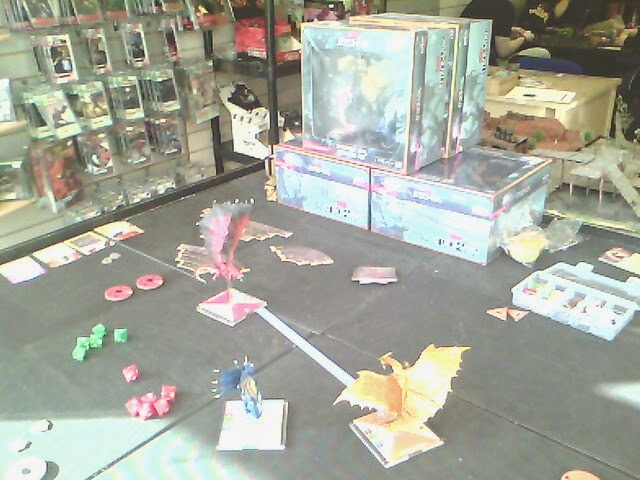