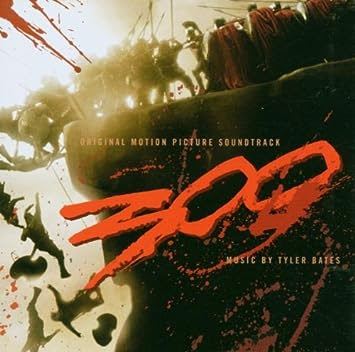 ‘300’ is a cracking comic-book movie that gives us a heavily stylised and fantastical version of the Spartan stand against the Persians at Thermopylae.

The mood of the film is both slow and daunting, interspersed with moments of intense action, and the music reacts to these beats well. The choral music, which you hear in the trailer, is powerful and really drives the mood. However, the more ethereal singing and the inclusion of heavy guitar riffs kind of works in the film but sounds out of place when listening to the soundtrack as music on it’s own.

All in all it’s a great soundtrack; Tyler Bates really captures the mood of the film. Maybe not so much the era, but considering that this is a fantasy version of a second-hand story of a legend, that’s perfectly understandable.