I bought 'The Trolltooth Wars' novel back when it was first published and enjoyed it immensely. The adventures of Chadda Darkmane were fun and exciting and I got to explore Fighting Fantasy's world of Titan even more.

This graphic novel is going to be produced by writer PJ Montgomery (Stiffs, Dynamite, The Pride Adventures), and artist Gavin Mitchell (Santa Claus Vs The Nazis, The Samurai Slasher, Stiffs, The Pride), and has the full backing of Steve Jackson.

This is still on Kickstarter and, as of this blog post, still has four days to go so get on board and back this today!

From the Kickstarter page:

The novel tells the story of a war between two evil sorcerers, Balthus Dire and Zharradan Marr. With the peaceful kingdom of Salamonis threatened by the escalating conflict, King Salamon dispatches Chadda Darkmane to find a way of either ending the war, or turning it to Salamonis's advantage. 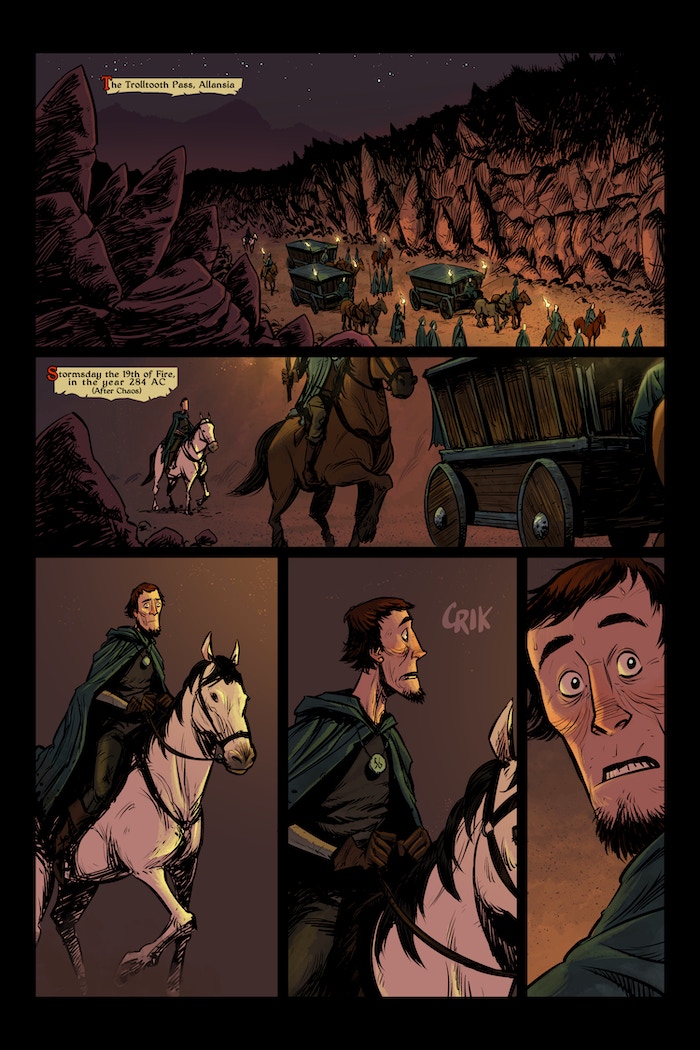 The novel was successful enough to spawn two sequels, Demonstealer and Shadowmaster, featuring the continuing adventures of Darkmane and the good wizard, Gereth Yaztromo, which were in turn followed by the four part Zagor Chronicles series. 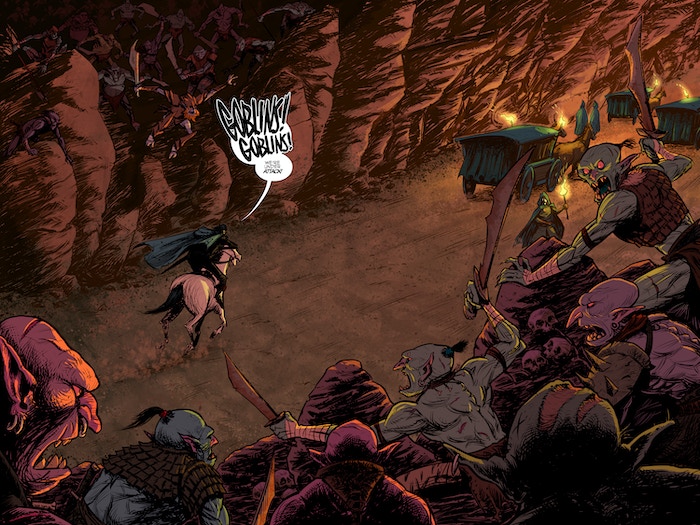 This graphic novel is going right back to the beginning, adapting The Trolltooth Wars to bring the story to life in a brand new medium. We're sticking closely to the story established by Steve Jackson, with some minor changes for space and pacing reasons (something you get whenever any story is adapted into a new format). 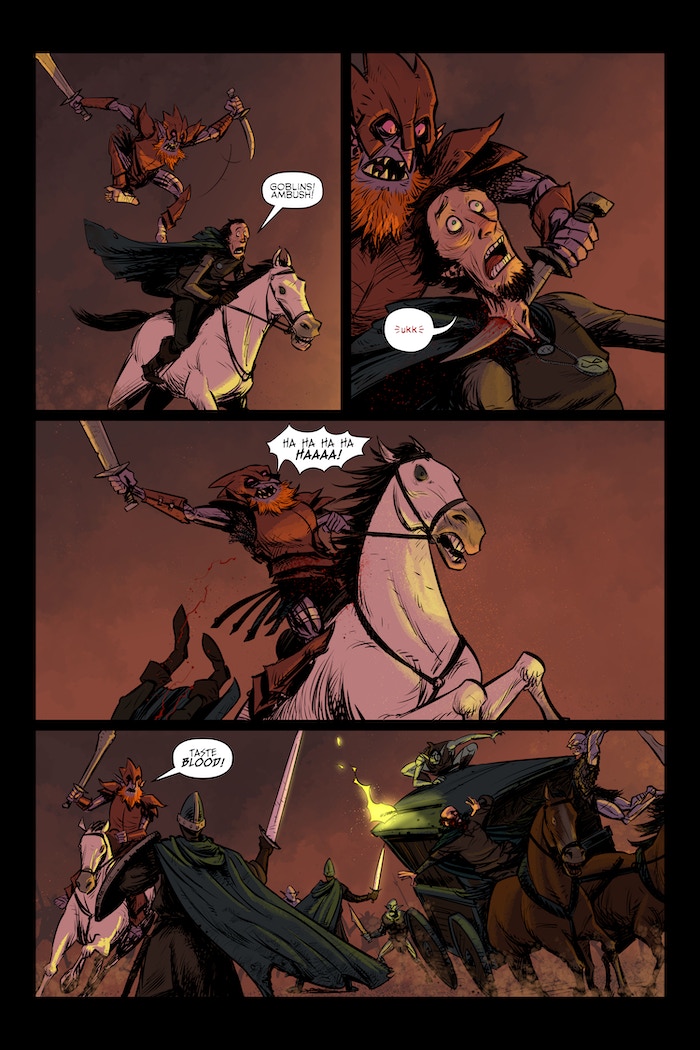 The comic will bring Allansia to life like never before. Printed in softback, and featuring over one-hundred and thirty full colour story pages, in which you'll meet popular characters like Balthus Dire, Zharradan Marr, Gereth Yaztromo and the Warlock of Firetop Mountain himself, Zagor. Fans will also find a few Easter eggs scattered throughout the book, plus extras at the back.
Posted by Farsight Blogger