Robin of Sherwood: The Knights of the Apocalypse

I don't usually post about crowdfunders, but this show was an integral part of my childhood and I've always dreamed of some kind of continuation following 'The Time of the Wolf'.

'Robin of Sherwood had everything - swords, sorcery, a very angry Ray Winstone, bucketloads of dry ice, even a man with a deer on his head.

Now, thirty years on, the original cast – including Jason Connery, Clive Mantle, Judi Trott, Nickolas Grace, Mark Ryan, Phil Rose and, yes, Ray Winstone – are getting back together for a one-off audio adventure, The Knights of the Apocalypse.

The Knights of the Apocalypse was written after the end of the series by the creator of Robin of Sherwood, Richard 'Kip' Carpenter, but never filmed. In tribute to Kip, who died in 2012, every penny in profit will go to his favourite charities.

Now you can help bring the story to life and receive exclusive rewards by donating towards production costs.' 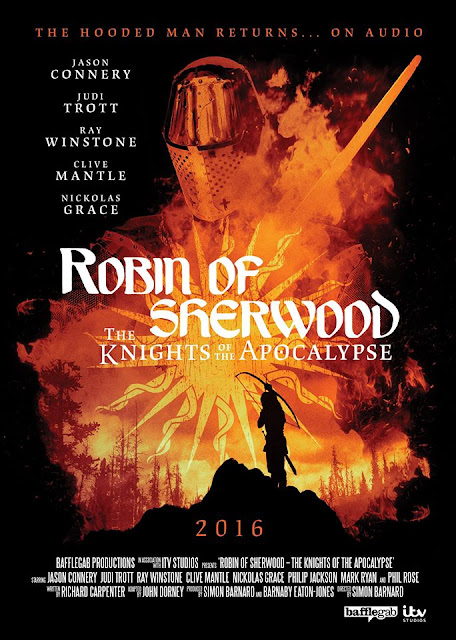