The Lunar Games Society is a new club for anyone who enjoys playing Role Play, Board Games and Wargames.

The club is open every Friday night from 7:00pm to 10:00 pm at the Life Church, Netherstowe, in Lichfield in the UK - and the best thing is that it's a ten minute walk, or a two minute drive, from where I live. The second best thing is that there's a fish n' chip shop, a Chinese takeaway, a late-night shop and a pub all right next door, so if there has ever been a better location to have a games club then I don't want to hear about it. 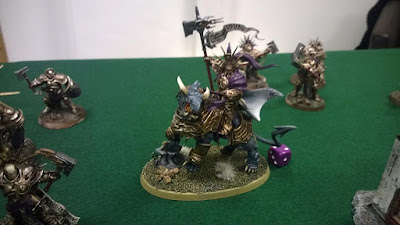 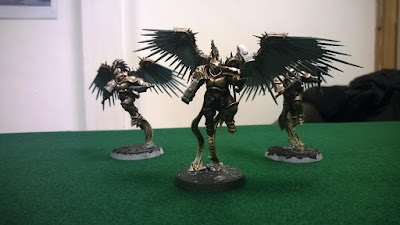 I attended last Friday and just mingled and chatted, and watched a very entertaining game of Warhammer: Age of Sigmar using some well-painted miniatures and scenery.

I also had a look at an American Civil war game that involved lots of very small miniatures, and looked like a blast. 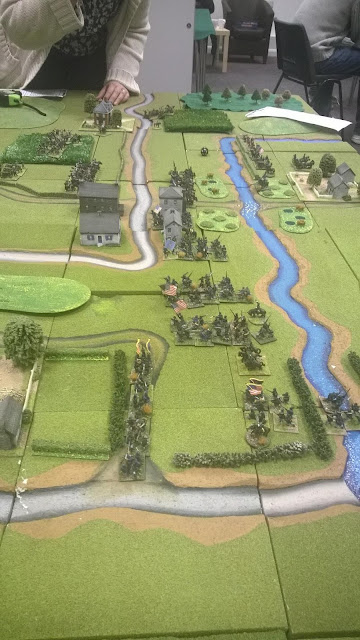 In two weeks time I'll be starting a roleplaying game with a small group of gamers, using a yet undecided system.

I spoke briefly to Christina Matthews, the clubs founder, and she's got plans for the club should it get bigger. It's really easy to get to from the surrounding towns and villages, being on the edge of the city, with ample free parking, and even though, at the moment, they're in the smaller lounge area there's always the option to expand into a larger hall should the numbers swell, which I really hope they do.

They've got a Facebook page so I advise every local gamer, as well as those willing to make a journey, to check this place out as they'll be covering every type of game that you can play on a table. Bring your own or join in, there's plenty to do. The best thing is that I get to start a new RPG campaign with fresh new faces, so that promises to be a lot of fun. Roll on Friday 11th!
Posted by Farsight Blogger