Old School Renaissance and Me 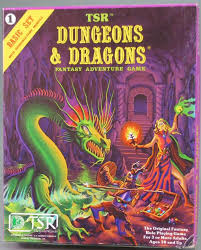 Way back in the mists of time... well, 1984, actually, I had my first taste of a tabletop roleplaying game in the form of the classic red box Dungeons and Dragons Basic Set. My very first character, a thief named Jamm Donutt - yeah, yeah, I was thirteen years old - made his very first kill in the module... erm... well, I can't remember the name, but I do know I killed a skeleton. Well, killed a skeleton again, because it was undead. Destroyed it, then.

I remember going on to have plenty of great adventures with Basic D&D over the next couple of years. I moved on to the West End Games Star Wars: The Roleplaying Game in late 1987 so didn't spend as much time playing D&D as much as I would have liked.

It was AD&D 2nd Edition that turned me off D&D for the better part of twenty years. This simple, flowing, fun game I had been playing suddenly became this bloated mess and the group I played with was all about the stats. Confusion would reign at the table as modifiers and tables were thrown about and this simple, quick, fun game became a chore.

After a blast at D&D 4th Edition and Pathfinder over the last couple of years my gaming group settled down with Dragon Warriors, a few Fighting Fantasy playtests and most recently Call of Cthulhu. These excellent games with their simple rules systems were much more adventure and story orientated and the stats took something of a back seat. More recently, Big J, our resident DM and D&D expert, decided to go back to what made the games fun in the first place - simple rules that concentrated on the adventure. As he was the very first DM I ever gamed with and ran the adventure in which Jamm Donutt killed/destroyed his first foe there was a certain level of excitement. 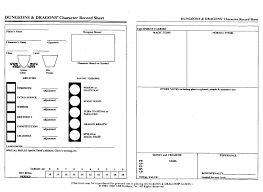 After getting hold of the always amazing D&D Rules Cyclopedia and the excellent new Dungeon Crawl Classics rulebook, Big J made his decision: he was going back to proper Basic D&D, the purple book that he started the hobby with. So, we rolled up new basic D&D characters (the proper way - straight forward ability rolls and hit dice) and he even did a quick test run in the same dungeon that he ran for me back in 1984. I created a dwarf this time, Burgen Beerswiller, and we ran through a couple of encounters.

Now I understand why Old School Renaissance dudes blow the trumpet of the original game so much. This took me back... I was using an old school character sheet, old school dice and making rolls against old school THAC0 (which, to be honest, I still don't like - that was something D&D 3.X got right, in my opinion). It was amazing how quickly certain things came back to me and even though the other two guys we're playing with are much younger than us and might not fully understand the excitment that me and Big J were feeling, they loved it. The characterisations were bold and over-the-top, the combat fast and fluid and strangely satisfying. We were eager to get stuck in to the game proper but I had my Call of Cthulhu campaign to finish, which I did last session. Now we're free to indulge ourselves in Basic D&D goodness.

Big J has all the original D&D sets, from Basic to Immortal, and now so do I again, as well as the rule book from the 1991 boxed game release to help us along. He's playing it straight up and to the letter, with all rolls in the open, encumbrance, the works, so woe betide our Magic User should he fall foul of any monsters, what with his 2 hit points. We've also got a Fighter and a Cleric, which should make the party interesting. I guess we'll have to take a theif on as a retainer. He'll also be going through the Dungeon Crawl Classics book to mine it for ideas, as we're going to see how we get on with the Basic game and, if he sees fit, Big J will incorporate rules and material from that. I'm fine to go with it as it is, without any changes or influence from any other games, but it's not just me in the group and I'd like for all of us to get something out of the game. If I can grit my teeth at THAC0 then I can do the same for other stuff, too.

So, as of now, you can colour me Old School Renaissance converted. The D&D we have today bears very little resemblance to the D&D of the past, the game that truly started it all. It's so busy trying to find it's place - maybe even reclaim it's place - in the RPG marketplace that it seems to have lost it's way.

Oh, and the campaign setting that Big J is using? Greyhawk. Get in.
Posted by Farsight Blogger