I played Warhammer Online: Age of Reckoning (WAR) not long after it was released. I bought the whole bells n' whistles boxset and got stuck into the game with gusto. I love the Old World, and my second largest tabletop RPG campaign had taken place there in the 1990s, using Warhammer Fantasy Roleplay 1st edition.

My wife Lisa and I had not long come out of an incredibly long stint playing World of Warcraft and we'd become somewhat tired of the grind and the community. WAR offered so much more and we were looking forward to playing some proper full-on PvP; I was very tired of WoW's battegrounds or randomly running into some opposition player and getting into a pointless fight. I wanted some proper conflict, so that I felt I was actually accomplishing something other than running around building my character up so that some random high-level nobodies might even consider me for a raid.

WAR offered that with bells on. Great whacking battles with so many players that my graphic's card could hardly keep up, sieges, assaults, all kinds of stuff alongside the normal PvE stuff that gamers did in an MMO. This was WAR's strength, the fact that it honestly felt like there was a battle going on and that your victories, and defeats, made a difference. And the community was excellent; you'd always get you're odd moron, as you would with any game, but they were all passionate about the game.

WAR will be officially closed down on December 18th 2013. There's all kinds of accusations flying around regarding mismanagement, broken promises and WAR staff jumping ship, but that's not my issue. My issue is that this wonderful game that had so much potential, so much promise, is not being given the chance it so richly deserved and is being cast aside. That all those players that stayed loyal will have this amazing gameplay taken away from them. That a world so rich and detailed, a world that deserved to be explored in an MMO, will now be offline.

I stopped playing WAR about three years ago. I quit due to the world not expanding, due to feeling limited as to how far I could go with my character, but I do regret it, that's for sure. It was a game I always intended to return to. I'll keep my boxset, and my game disc, and my special edition figurines (unpainted, still in their blister pack). I'll keep them and every now and then get them out and have a read, remember what fun I had, and think about what could have been.

And goodbye to some of my favourite online PCs.  First, there was Salmonius, the human Witch Hunter melee DPS: 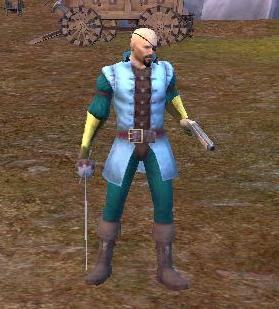 He was my first experimental PC for the game - I never take my first toons seriously and just use them to get a grasp of the world. He turned out pretty good, mind.

Then there was Beerswiller, my dwarf Warrior tank: 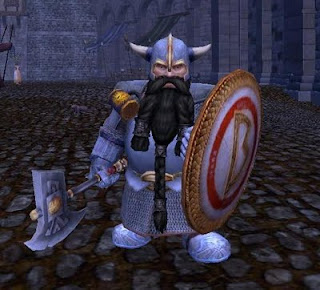 He did a little better and I got him the furthest, but as a tank I have to rely on too many other players to have my back and... well... let's just say I couldn't count on anyone, especially in Tier 1.

Then there was the cream of the crop, Hellfeur, my human Bright Wizard ranged DPS: 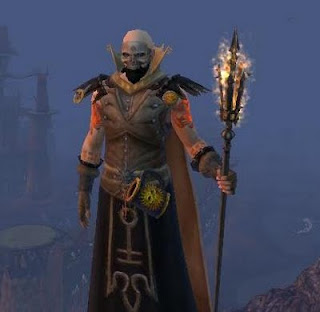 Definitely my favourite, and his AOE attacks were devastating. He was maxed to the... well, max.

Farewell, Warhammer Online: Age of Reckoning. I had fun.
Posted by Farsight Blogger