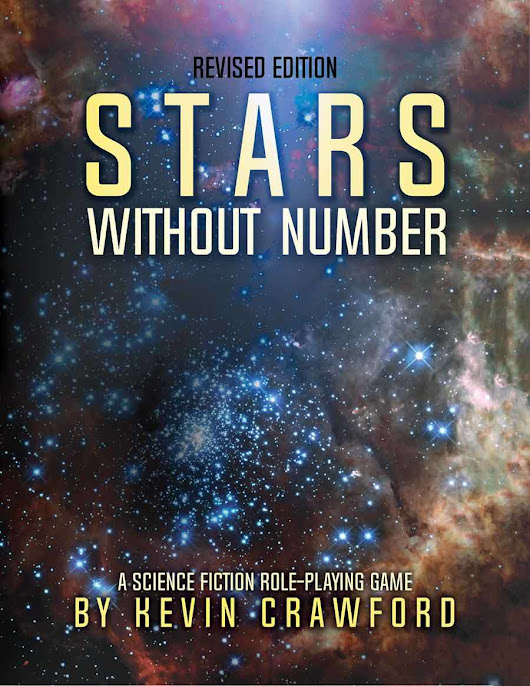 Way back when I played a game from Sine Nomine Publishing called 'Stars Without Number', an OSR-influenced science fiction roleplaying game that really shone. Now Kevin Crawford has Kickstarted a revised edition; he was originally looking for $10,000, and the campaign ended at $192,036. Yeah.

There is a full-colour free edition you can download, which is excellent. I've had a read through it and I'm really excited about what I've read, and I'm all geared up to purchase the full physical edition.

In the free edition alone you get:

- Backwards compatibility, as the Revised Edition is built to work cleanly with existing Stars Without Number supplements and materials. The new systems slot in smoothly, and you can take or leave them individually as your group prefers.

- Expanded character creation, with PCs now customized by special talents and character foci, new options for psychic characters, and new ways to make your hero mechanically distinct. Yet the process is still smooth and quick, with a special quick generator spread to create a hero from nothing more than a half-dozen die rolls.

- Refined psionics, with more options to distinguish your psychic hero's powers and more flexible choices for their abilities. Tailor your psychic to your concept, whether as a cynical gunslinging brainguard or an ascetic psychic healer from a world of austere psionic scholars.

- Improved starship combat, with decisive roles for every member of the party. Build your own starships with the included system and employ new hardware and new starship mods to make your ungainly crate the fastest contraband runner this side of the Veil Nebula.

- New systems to support additional types of play, including rules for hacking, remote drones, and expert technical modification of gear and starships.

- Upgraded tools for sandbox sector creation, with forty new world tags to help define a GM's stellar creations, guides for adding additional system points of interest, and material to help a GM define the interesting traits of the worlds they create. These tools aren't just a clump of random tables, they're a framework to boost your own creativity and help you make fast, good, playable material for your game.

- Augmented adventure creation guidelines. Aside from a hundred piping-hot adventure seeds that mesh smoothly with the world creation tools, Stars Without Number: Revised Edition also includes content to help you turn your vague ideas into a playable evening's adventure. Guidelines on challenges, rewards, and complications in play are all aimed toward the working GM, the man or woman who's not just theorizing their adventures, but actually responsible for making something fun for the whole group.

- Tools for creating aliens, Virtual Intelligences, and hostile human foes, with guidelines for handling potentially-hostile encounters and creating the kind of fearsome xenobeasts that can challenge the doughtiest explorer. Or perhaps you want to be an alien or robot? You'll find the tools for that in Stars Without Number: Revised Edition.

- Faction rules, for handling the background warring and intrigues of hostile groups. Need to add life and motion to your stellar sectors? Sprinkle in a few factions to make news for the PCs to respond to, or use these rules to handle the colonies, spy agencies, mercenary companies, or other enterprises your heroes establish.

Isn't that fantastic? If you go for the paid-for version, you then get this:

- Transhuman tech, with rules for bodyswapping, digital identities, post-scarcity economics, and just as importantly, GM guidelines on making exciting adventures when all the old pillars of familiarity have fallen away.

- True AIs, the vast and terrible intellects that can bring forth wonders and ruin in equal measure. Playing a synthetic VI or aspiring organic godmind? Learn how your PC can accumulate the tech they need to ascend to this new plane of being.

- Mechs, for those GMs who relish the thunder of steel titans on their far-future battlefields.

- Heroic PCs, for groups that want to trade the gritty, lethal tone of a standard campaign for classic space opera, with larger-than-life heroes and superhuman skills.

- Society creation, customizing a world or a hab with its own culture and history, pre-designed with fault lines and conflicts to engage your heroes. You'll get more than a dry recounting of details; you'll get the information you need to build adventures that fit with this world's smouldering tensions.

Kevin has done an amazing job with this and he deserves all kinds of congratulations. Me, I can't wait to get a dedicated group on the go and explore the stars without number. 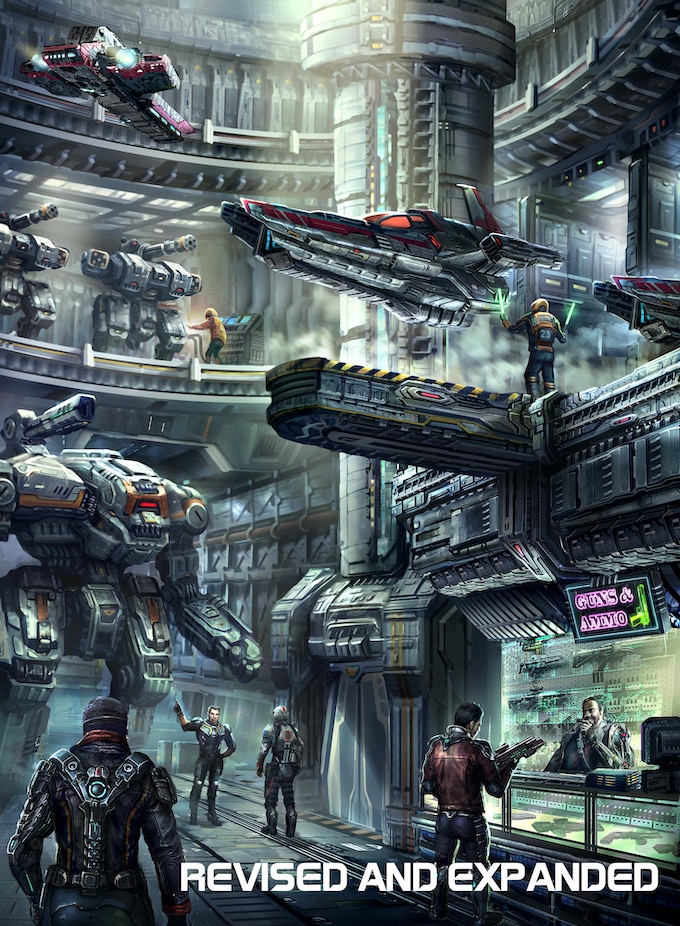