RPG Writer Paul Mitchener joins me to have a chat about epic myths, countries torn apart by civil war, and games. All nice and casual.

Welcome to Farsight Blogger! Please tell us about yourself and how you got started in the tabletop roleplaying hobby.

Thank-you Jonathan. It's a pleasure to be here. I'm Paul Mitchener. I'm 43 years old and live in Sheffield with my partner and two cats. By day I'm a mathematics university lecturer, and by night I'm an RPG writer.

I first started with tabletop roleplaying games when I was around the age of 12, and a friend at school sold me second-hand copies of the Basic and Expert Dungeons & Dragons boxed sets. I devoured them, and gathered some people together to game. And I was DM - I ran a game before I played! For some reason, my adventure was a long journey across a desert, featuring a river which paralysed anyone who touched the water. The player characters weaponised it and used the water to rob a magic shop in the middle of nowhere, since that was the state of my first piece of world building. The session ended when the wizard shop owner of the store they had robbed came after them, and caught the entire group in a magical web. Before the next session, I remember notes being passed at school all week with plans and plots and schemes to get out of the mess. And I was hooked.

You’ve got a list of games under your belt; ‘Age of Arthur’, work for ‘OpenQuest’, ‘Crypts & Things’ and ‘Mindjammer’, as well as a few projects for different systems such as FATE. What’s your preferred genre and system?

You want me to choose my favourite child? Okay, to pick just one genre, I'll have to pick history, maybe played straight, maybe with a dose of fantasy. That gives me huge amounts to play with, from the ancient world through to the Cold War, though I'm still going to count it as one genre! I'll still mourn for the loss of science fiction.

In terms of system, I've done quite a bit with Fate - Age of Arthur, some supplement work for Mindjammer, Hunters of Alexandria, and more on the horizon. So that's one of my favoured systems. Again, there are other things I like - I'm fond of Gumshoe, the One Roll Engine, and some of the d100 games for instance. In terms of less generic systems, I'm still absolutely in love with The One Ring, for roleplaying in Middle Earth. 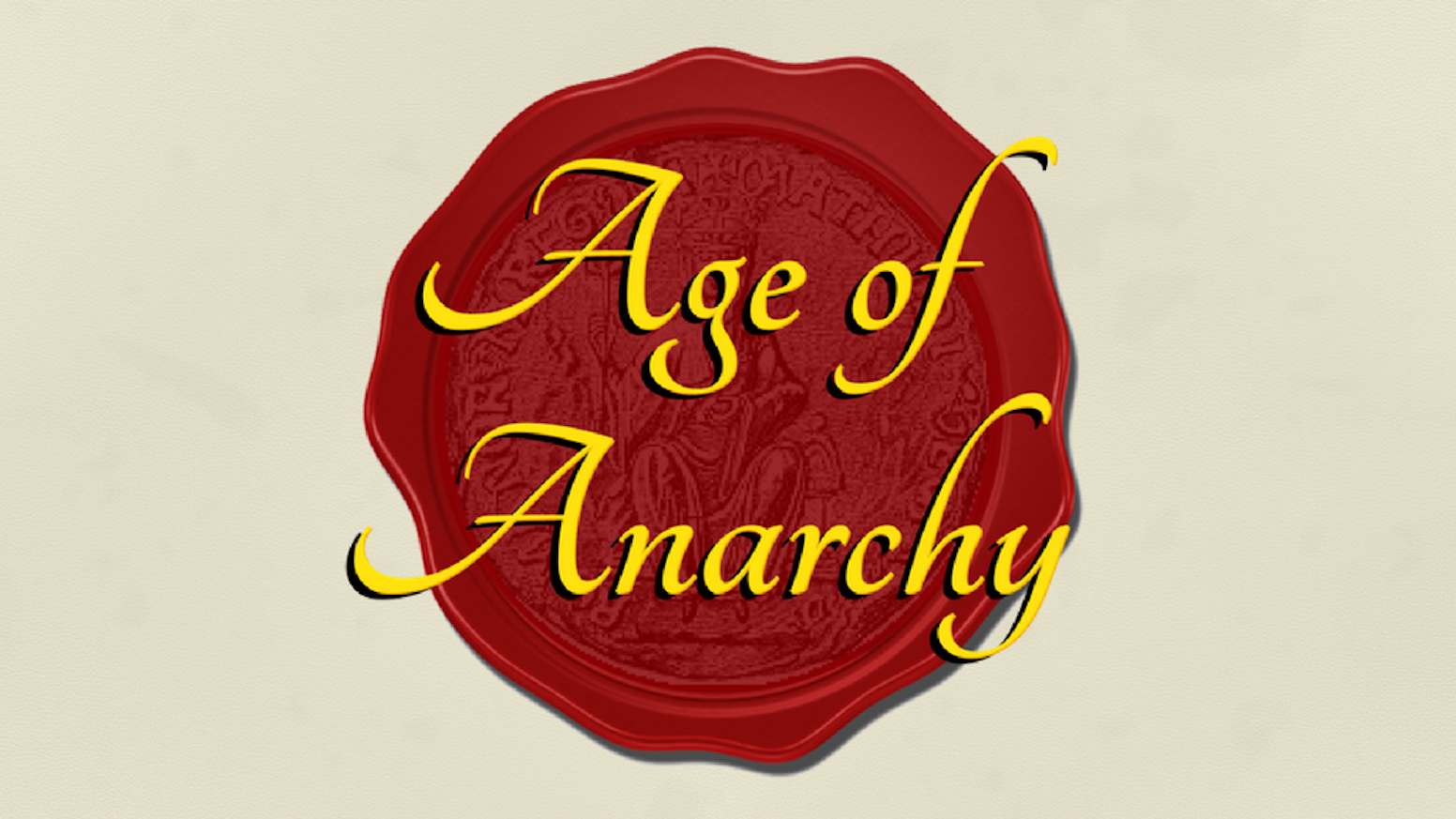 You’ve got a game on the way called ‘Age of Anarchy’, about the civil war in England and Normandy in the 12th century. What was the attraction to this era and this particular historical event?

The Anarchy is cool. There are two contestants for the monarchy, both are creating earldoms and gathering support, and everything is up for grabs. The conflict drags on for years, with long periods of near peace, and it's remarkably swingy from one side to the other. In a way this isn't so unusual- none of the early Norman monarchs gained the throne without a fight- but the extent of it is. The Normans are also fascinating people - so worthy and so vile at the same time. And the Anarchy's full of interesting characters - not just Stephen and Matilda, but some of the bishops and earls from what we know from history. It's a rich and very gameable period, with lots of colour and lots to do.

It’s a historical game, so what can players expect to be able to do? What’s the drive of the characters in the game?

The player characters support a noble, their patron, and help them both deal with issues and rise in status in this turbulent time. They could end up landless and in disgrace, or an earl who is close to the monarch. And as they rise in status, the player characters, their most loyal vassals, rise with them. So there's always something to do, in terms of dealing with the patron's problems as well as the characters' own issues, and each scenario drives the next. There's a really clear objective for the player characters.

Can you tell us something more about the mechanics, the Perpetual Motion Engine?

Player characters are defined through a number of professions and associated skills, any assets they have from their patron, and special abilities which refine a profession. A player character also has a passion and an issue. The system is simple enough in that it's a case of rolling 2d6 and adding a relevant skill, but parts are abstracted. The system is designed so that adventures can be quickly put together or improvised entirely, with non-player characters defined by their ability level and a few strengths and weaknesses. In play it's very fluid.

What kind of support will the game receive? Supplements, adventures, sourcebooks?

The game is self-contained, and covers England and Normandy. One thing I'd love to put together would be a sourcebook covering Scotland in more detail, including the business going on in the highlands and islands such as the last real push to invasion by the Vikings. Another thing which is definitely on the cards are further games of a similar scope covering different periods of history and conflict adapting the same mechanics. An Age of Sail game could be on the distant horizon.

What else can we expect to see from you in the future?

At the moment, my biggest thing is Liminal, a modern day British fantasy game based on the country's history and folklore. The Kickstarter funded well above expectations, the beta draft is out there to backers, and it's going to be absolutely gorgeous. The Kickstarter also funded a line of supplements, which is going to keep me rather busy, but I've drafted in a team of other RPG writers to help me out. The book will be out there by the end of the year.

I'm also working with Chris Gilmore on a historical sourcebook for Mythras, with the title of Mythic Babylon: Gateway to the Gods. That should be out in the wilds in 2019.
Posted by Farsight Blogger