When I hit the D&D hobby in 1984 there was one image that burned into my brain, an image that called out to my imagination and set the tone for my fantasy tabletop gaming for years to come. It was the Larry Elmore cover of the Red Box D&D Basic Set. The warrior lunging forward as the dragon protected its hoard; it was colourful, dynamic and inspirational.

The interior art of the game was just as good, with Elmore and Jeff Easley adding flavour to the content. I read the books over and over again and the artwork as well as the game itself became a huge part of my first few steps into the larger gaming hobby.

As I progressed through the game, moving on to 2nd edition rules, the artwork was always fluid and dynamic. I played in the worlds of Dragonlance, Forgotten Realms, Ravenloft and Spelljammer and the art style changed with the settings. Even during my incredibly long hiatus from D&D I still purchased Dragon magazine to keep myself updated and inspired as even in these pages the artwork shone. The rules and the worlds were the driving force behind the game but it was the art that bought it to life.

From the early small books to the colourful volumes on gaming store shelves today, the artwork of Dungeons & Dragons has always been dominant and the images that graced the covers of many of the products have become iconic in the hobby. It changed and morphed over the years with many different artists bringing their own style and imagination to the mix, changing as the game did over the decades.

Obviously, there was a story to tell. 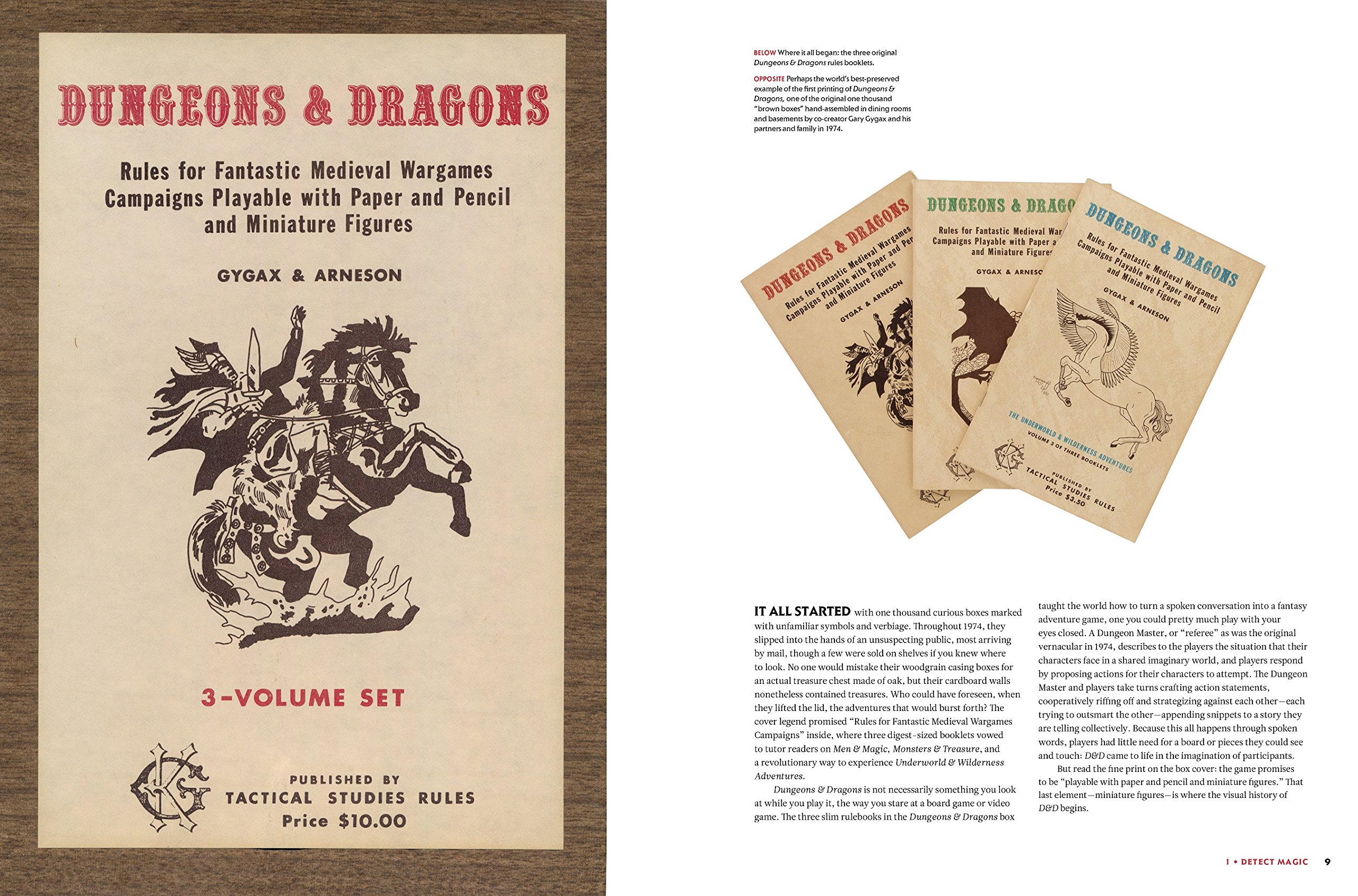 Enter writer Michael Witwer (Empire of Imagination), director Kyle Newman (Fanboys), writer Jon Peterson (Playing at the World) and actor Sam Witwer (Battlestar Galactica). They all have a history with and a love for the game, so what happens when you get four D&D fans with a passion for the father of all RPGs together?

You get Art & Arcana: A Visual History. A glorious coffee-table tome detailing the history of the artwork of the game, the game itself, and the people, products and points if interest that pepper it’s long illustrious reign.

After a heartfelt and eager forward from actor Joe Manganiello, the book begins with a brief description of the hobby, a quick guide to what the book covers and how it will cover it, and then it dives straight into the action with the original edition books, how they came about and the artwork that went into them. Did you read the books and wonder why certain drawings seemed familiar? This book answers those questions and more, you find out about the artists and their art, and you discover more details about the history and the creation of the game as you drink in the visuals.

And this is where the book shines; it’s not just a pages of random artwork with notes about where they appeared, who created them and maybe an anecdote or two. Within every section of the book, from the original editions to 5th edition and everything in between (including computer games, novels and the even the Dungeons & Dragons cartoon), Art & Arcana illuminates the reader with facts and details about the development of the game, the routes it took during it’s life, the decisions that were made and the effect it had on the companies that produced the work. While it’s not a biographical story with touches of drama as per Michael Witwer’s book ‘Empire of Imagination’, it tells a story about the drive, passion, high moments and pitfalls the game and the company endured over the decades. So, while you’re marvelling at the artwork and getting all misty-eyed and nostaligic over images from your childhood – or even experiencing the art for the first time if you’re new to the hobby – there’s an amazing story being told that puts everything into context. The artwork changes with the fortunes of the company as well as the times, and it’s all here to see. 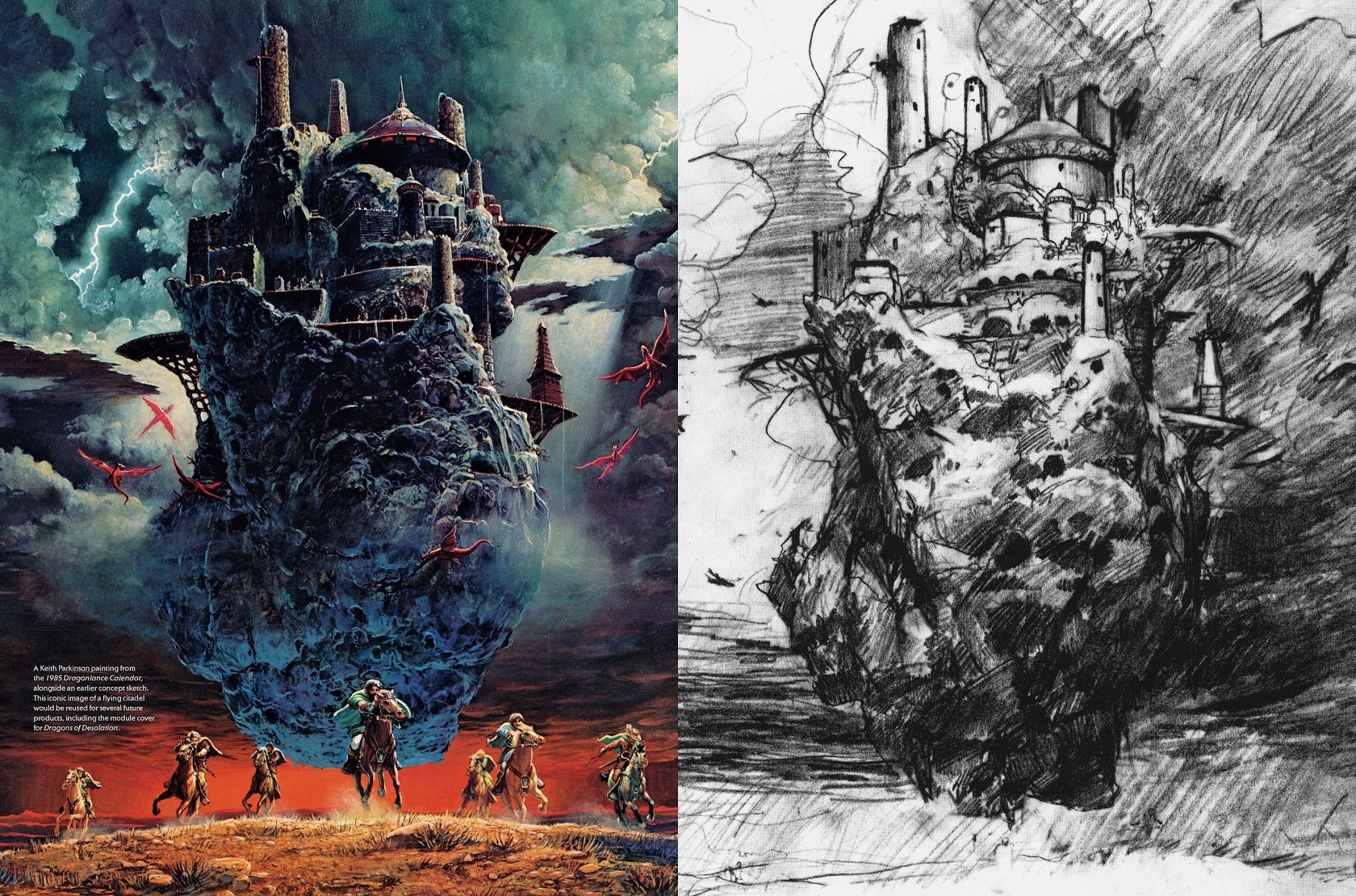 There are some incredible images in the book, some I have never seen before myself, and no matter which edition you used to enter the hobby there’s something here for everyone. Are you an old grognard who remembers the glory years of the 1970s? There’s something in here for you. 2nd edition player? This book has got you covered. Perhaps you just like the peripheral products like the novels and other games? There’s material in here for you, as well as an insight as to how it all came about. Paintings, sketches, photographs, old advertisements, posters, covers… it’s all here and it’s quite, quite glorious to behold. With the accompanying story detailing a history with just as much adventure as the game itself, this is an excellent read with plenty to offer time and time again.

Whether you’re an old-school gamer or you’ve just hit the hobby with 5th edition, Art & Arcana: A Visual History is a book that any player of D&D can’t do without. If you want to relive your passion for the game’s art or experience it for the first time it doesn’t matter; this is a must-have book for any fan of D&D or even the roleplaying hobby in general. 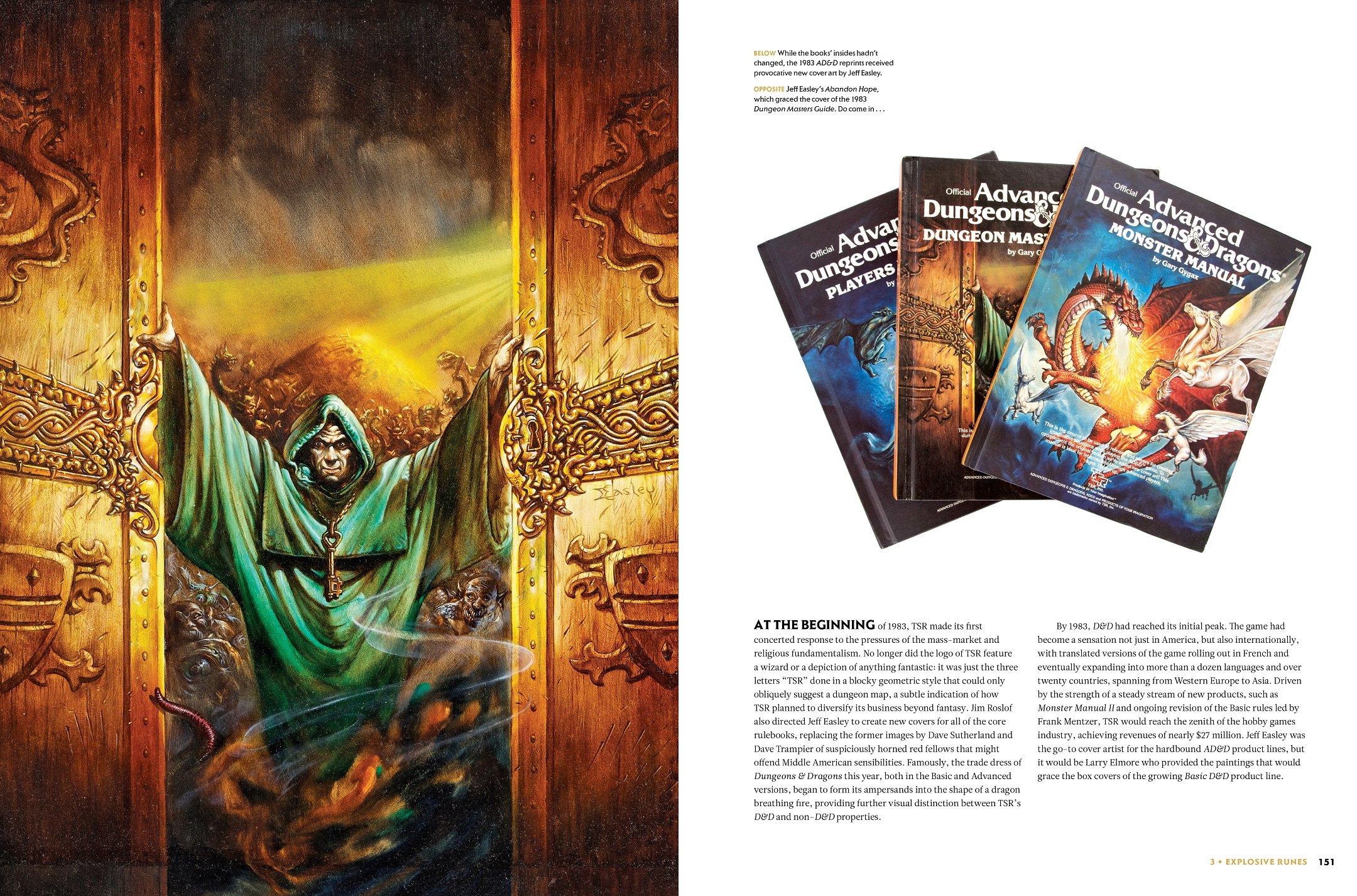