Gaming in the Strontium Dog universe 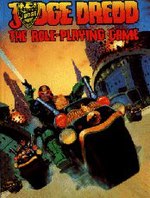 I keep thinking about the games of 2000AD's Strontium Dog I used to run using the original GW Judge Dredd RPG rules (I had the hardback book reprint and not the boxset). I split the Combat Skill into Weapon Skill and Ballistic Skill and from there it was plain sailing.

The games were fast and exciting and I really played on the sci-fi western theme, using drama and motifs from Sergio Leone, even going as far as using the soundtracks. It's a regret of mine that I parted with my Dredd game; I'd love to write up what I did as a conversion.

There were plenty of tables on the back of the book so that we could  roll for random mutations; the tables had been designed for characters who had come from the Cursed Earth, or for those who lived close to the walls that seperated Mega-City One from the blasted wasteland. While we played games that were primarily set in the fabled city in our own sector, 'Sector 101', a place where gangs ruled and strange powers manifested themselves, we soon created our own sector in Brit-Cit and eventually started to run games set in deep space as the gaming group pursued the magic-using crimelord 'Doctor Normal' off-world.

However, after the epic Dredd story 'Judgement Day' hit the pages of 2000AD in 1992 and Johnny Alpha made an appearance (and resulting in one of the best ever full-page images to grace the pages of the Galaxy's Greatest Comic - see below) I turned my attention to Strontium Dog and, with very few changes to the rules other that what has already been mentioned above, I set about running a game for a group of Stronts - who called themselves the 'Brecon Crew' - who set about the galaxy hunting down some very nasty people including a high-ranking Kreeler officer named Captain Captain, a mutant serial killer called Eddie Scalpelfingers and an alien drug runner called Powder Kegg. Gunfights, standoffs, even a starship battle filled the adventures and we ended up having more fun in the world of the Stronts than we ever did in the Mega-cities because there was so much to do, so many more options due to the vastness of the galaxy and much more action-packed adventures as the players didn't feel as constrained by 'The Law' as they did in the Judge Dredd games.

Apart from adding stats for the Westinghouse Variable Cartridge Blaster and a few other items such as the time weapons and the odd weapon function I came across in the comics (I bought 2000AD every week from 1984 to 2002) there was very little else for me to do. The conversion notes were probably less than 500 words and as some of my players were well versed in Strontium Dog lore there was next to no worldbuilding to be done. It's an easy world to explain. 'It's a Star Wars-ey western-themed action game where you play mutated bounty hunters'. Boom.

I tried the Traveller-based Strontium Dog game a few years ago but I much preferred the simplicity of the GW Dredd rules, and now that EN Publishing is working on a Stront setting for their 'Judge Dredd & the Worlds of 2000AD' game I'm looking forward to a new version. I'll give it a try for sure, but I'm not sure anything will replace the thrill-power of those early games. 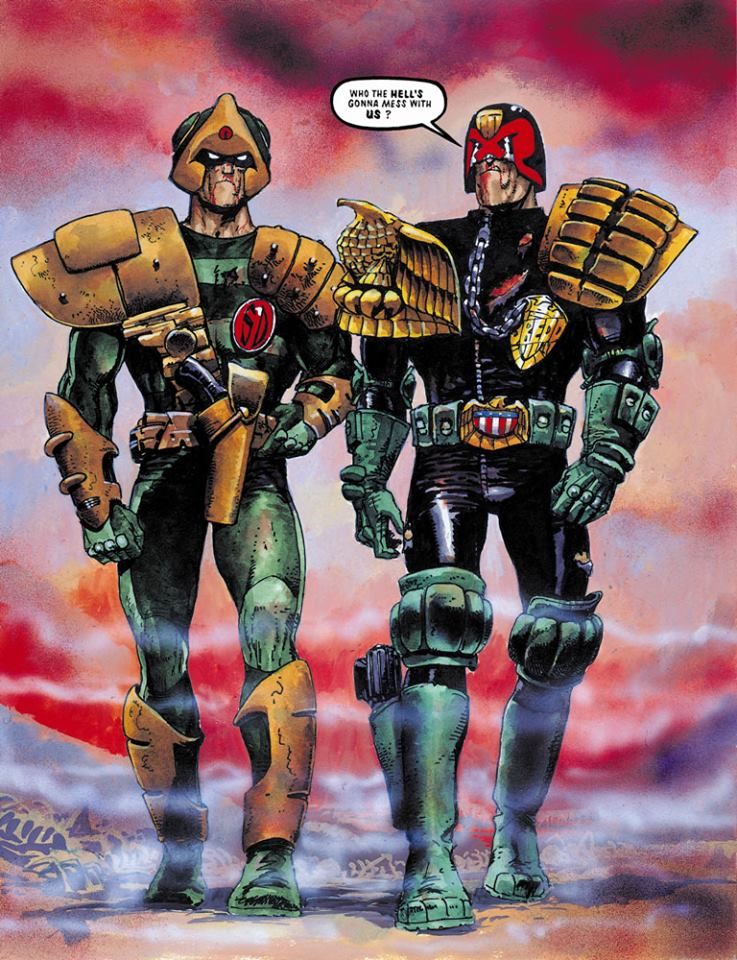