I enjoy playing background music in my games. Not loud, not overbearing and certainly not with lyrics (although Clannad's soundtrack 'Legend' - the music to the television show 'Robin of Sherwood' - is the exception) but soft and unobtrusive, so that you know it's there but you don't have to shout over it to be heard. There's the obvious music, like John William's 'Star Wars' soundtracks for my Star Wars games, Howard Shore's 'Lord of the Rings' score for my fantasy games, and the Matrix soundtrack for my Cyberpunk adventures.

I try to use music that people may not really know. I've used Channel 4's 'Shackleton' soundtrack for games, and movie soundracks such as 'The 13th Warrior' and 'Army of Darkness'. Because the players might not recognise the music then they're not pulled out of the reality of my game and into the reality of the show the music was originally written for.

In fact, I use music so extensively that certain music tracks remind me, and my players, of certain games. The aforementioned 'Clannad' album was used for a MERP game and when I hear certain tracks I don't think of Robin Hood, I think of Tere Swordsong travelling the forests. When I hear the main track of 'Chariots of Fire' I don't think of athletics, I think of my MechWarrior character Matthew Haskenn running from an exploding ammo dump. When I hear the 'Army of Darkness' march, I think of my friend Andy's WFRP character Findon Vance preparing for a final assault on a Chaos-wracked mountain.

Music can be a powerful thing and can trigger memories or recollections and one thing that RPGs depend on is the mind. In fact, a composer named James Semple writes music specifically for RPGs, so the music you hear can't be attributed to anything but the game you are playing. They're an excellent example of what can be done with music during a roleplaying session. Nip over to his website to get a taster of the music he creates - you won't be dissapointed. 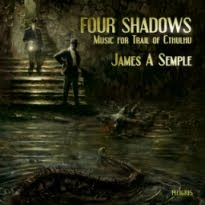 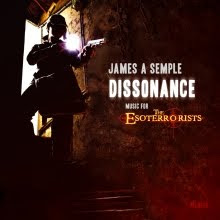