My Novella 'A Soldier of Rome' available on Kindle 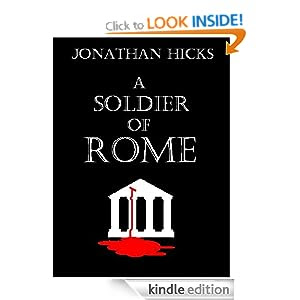 And now for some shameless self-promotion... well, it's my blog.

I've just released my novella  'A Soldier of Rome' on Amazon Kindle for the bargain price of 77 pence GBP.

'After suffering a serious injury during a great battle, a soldier of the Roman Empire struggles with continuing forward with his life. After feeling that he has let down his fellow soldiers, his sister and his friend, a decision is made, a decision that sends him on a downward spiral that he is sure he can never rise up from...'

I have recently been going through my old work on my hard drive and I've surprised myself with the amount of work on there. One piece I really enjoyed writing was a novella 'A Soldier of Rome', about an injured Roman legionary trying to find his way in life. It was written off the back of the Ridley Scott movie 'Gladiator' - I even used the opening battle scene of the movie to open the novella with the intention of using the chapter as a testbed for the writing style and to flesh out the background of the primary character, but I've tweaked the battle slightly so that it's not exactly like the movie and left it in.

If this is successful I might begin to publish more of my old work. It'd be a shame to leave it sat on my hard drive doing nothing.
Posted by Farsight Blogger