Fighting Fantasy and me

I'm writing adventures for the Advanced Fighting Fantasy roleplaying game but it was the original gamebooks that got me my start in the tabletop hobby.

I've told this story before, but I thought I'd share it again.

'It's 1983. My little sister is still at primary school and I've not long started secondary school. She comes home one night with a small pamphlet filled with small images of children's books; the Puffin Book Club, made available to schools. She wants to know if anyone wants anything as she is going to purchase a book or two.

So, I'm scouring these book images for anything that seems even slightly quirky when my roving eyes fall on the image of some kind of cat/wolf beast with black fur and red eyes, at the head of a long line of beasts all exiting a castle as bat-winged creatures soar through a blood-red sky. It's 'The Citadel of Chaos', book two of the Fighting Fantasy series, and I'm intrigued. An original fighting fantasy adventure in which YOU are the hero? Whatever could this mean? So, bang goes a week's pocket money and the book is ordered. Several days later, I sit down on a rainy Saturday afternoon to read it and I'm perplexed by these scores, dice and apparent rules. After raiding the tattered Monopoly box for two six-sided dice I tentatively have a first go at the book.

I don't remember how well I did, but I do remember missing my tea as I was totally absorbed by the book. I went to bed late and arose early the next Sunday morning. At school the following Monday I gushed to classmates about this book, how amazing it was and how it allowed you to take part in and even decide the outcome of a story. I was hooked, and after I located a copy of 'The Warlock of Firetop Mountain' I began to collect the books in earnest. I loved reading and my over-active imagination loved adventures - how could it get any better than this?'

And that was that - my long-term love affair with Fighting Fantasy had begun.

Over the years the gamebooks gave me a slice of everything - fantasy, science fiction, superheroes, post apocalypse - but it was always the world of Titan, and in particular the continent of Allansia, that I enjoyed the most. The world is rich, imaginative and quite insane. For every standard fantasy trope there's something much more incredible, with locations and adventures that really bring the world to life. When I was a kid I always imagined that each adventure book was the continuing adventures of my own character in the world, so I created a character that I would use over and over again as each new book came out. His name was Bilks Magra, and with SKILL 10, STAMINA 18 and LUCK 10 he wasn't a bad adventurer although he met his doom quite a few times, but with the spell FIP (Finger In Page) and a fudged roll or two he was quite the hero. I didn't complete all the books but it was all about the experience for me.

Of course, I grew up. My Fighting Fantasy books stayed with me and the collection slowed to a halt in the early 1990s. Over the years I picked up the odd book, and I bought some of the re-releases from Wizard, and now I'm buying them all again from Scholastic for both my collection and my son.

Even at the ripe old age of forty(harrrummpph) I enjoy the books even though they were written for children, and the world is still vibrant and a lot of fun. the Sorcery! series showed me that there could be a more involved side to the games, and the RPG has allowed me to flex my own creativity both as a GM and as a writer and artist. No doubt I changed my views and opinions of the world to suit my perceptions and attitudes as I get older, regarding it as somehow a bit more grown up than it appeared to be; indeed, the world is filled with horrors and dangers, and more than once a gruesome death against a fearsome creature from the Pit made it feel a lot more grown-up and mature, but that just tells me that it's a book that can be enjoyed by all ages.

So here we are again, 36 years later, with the books being re-released and a whole new book on the horizon. Fighting Fantasy is in books, computer games, audio dramas, comics and RPGs. The name is still out there. I'm sure there are other mediums it can cover - the board game market is especially huge at the moment and a new and innovative Fighting Fantasy game would do well - and I'd love to see more novels based on Titan with new characters and adventures, but I'll always rely on my gamebooks to give me that thrill and I hope kids of all ages get the same amount of fun and inspiration from them as I did. 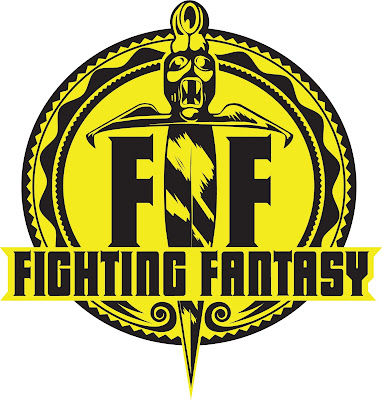