Roleplaying in the Dune universe - the final chapter... house.

I've been writing and musing over a Dune tabletop roleplaying game and how I'd like to run it. My last two blog posts have concerned this, primarily because of the RPG 'Coriolis: The Third Horizon' by Free League Publishing.

The more I have considered it, the more I find it difficult to think of a campaign where the player characters would be able to have any kind of fun and not feel overshadowed by the huge events that occur within the Dune books. What might work is a game set before the events of the primary book and the following stories, as the sheer amount of influence the main events have over the entire setting may limit the options of a gaming group, unless the players are playing the characters of the book and creating their own version of the saga, but I'm not a huge fan of alternate realities in gaming. I much prefer my groups to have much more control over events and not feel swayed or pressured into doing what has come before.

I think the best route for me to take is to create a game set well before Dune and concentrate on smaller Houses, perhaps minor Houses of insignificant worlds that have their own affairs and vendettas to tend to. They're footnotes on Guild reports, or unread files on the Padishah Emperor's desk.

At this point I should mention that I have only read the first two 'Prelude' books by Brian Herbert and Kevin J. Anderson. I didn't continue beyond those first two books and I'm sure there is a huge amount of material that can be used. However, I have no real knowledge of the content of these books so they don't have an influence on the direction I've decided to go.

Anyway, these Houses would have their own histories and banners and have access to the Landsraad but not have a seat there for all the major decisions. It would give the players a fantastic opportunity to create a dynastic family they are part of, are loyal to, work for or are secretly working against as a group. Perhaps the player's team are a collection of several Houses, either working together to improve their standing in the Landsraad or, better still, they are fighting to avenge their fallen banners against a larger force. Let the Atreides and the Harkonnens have their issues; we know how that turns out. A whole new set of Houses on the periphery of the Known Universe having their own problems opens up a lot of amazing opportunities.

That way I can keep my iconic Dune toys; Bene Gesserit, Mentats, shield fighting, smugglers and traders, novice Space Guild representatives getting their first taste of power, new Navigators flexing their minds... there are plenty of opportunities for the player's to really sink their teeth into the setting and be hugely creative. Every now and then I could throw in something hard hitting, like a Sardaukar visit or an Imperial inspection. I can even throw in something different; how about some Weirding Modules? 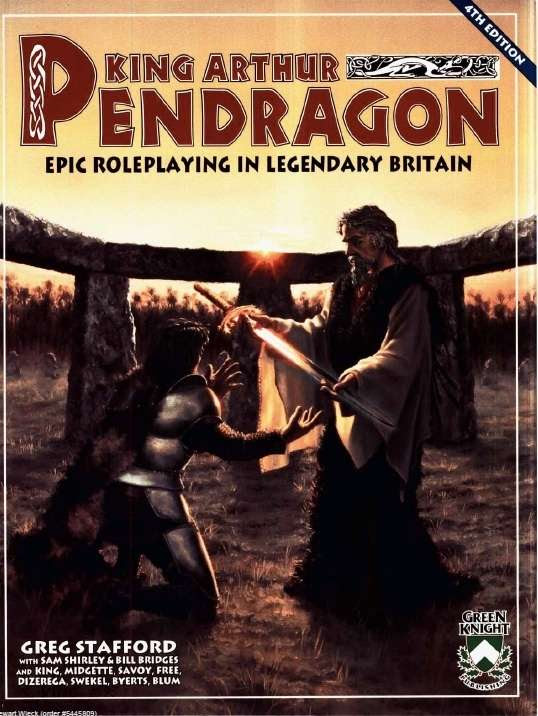 After giving it a lot of thought, I think a great game system to use would be Pendragon, as the whole dynastic feel of the game and the fact that campaigns can cover many years would suit the setting down to the ground. I don't have to worry about space battles or travel as that's all taken care of by the Guild, but ground vehicles might need some stats. Thanks to shield technology the order of the day is swordplay, but some basic guns can be statted. As far as mental powers are concerned that would be easy to replicate.

Visually, I love the design of David Lynch's 'Dune' movie. It's not the greatest interpretation of the book, and the end leaves a lot to be desired, but the design is quite excellent and although I'd change some of the starship designs and bulk out the stillsuits, the look and feel of the movie gives it a fantastic atmosphere.

So, I'm already having some ideas. A player group could be an ex-smuggler helping a noble of a fallen House, the Bene Gesserit advisor, the House Mentat and the Captain of the Guard escape from a world that a rival House has conquered. Not a world, a moon. A simple garden moon where some of the most desirable and expensive delicacies are produced for the greater Houses, and the small House in charge stands to make a huge profit, as does the Spacing Guild Heighliner that passes through the system every few months. The invading House desired the profits and what better way to get them than to disgrace the House in charge, concoct a pretex for invasion and then drive them out.

The players get to create a House, it's family and history, the heraldry and uniform design, and the world itself. After that, the game is in my hands and I can create the rival House, their homeworld, and all the adventures and storylines that come with it. The Pendragon system then enables me to run a game set over years and even decades, and we can follow the fortunes of the House over generations.

Dune is an amazing setting, and the book touches on religion, politics, ecology, and all kinds of things that give the Dune universe a reality that's hard to find anywhere else. This opens all kinds of roleplaying opportunities for adventure, conflict and introspection. I don't want to intrude on the main story, but to take the elements of the story - the Houses, the spice, the different orders etc - and use them in my own games is quite exciting.

Sadly, I parted company with my copy of Pendragon (4th Edition) in the Great Nerdpurge of 2006. I'l have to source a new copy, but that shouldn't be too hard. Then I'll have to find players to actually take part on my madcap campaign idea. I'm a little fearful that I may not get that far.

But I must not fear, because fear is the mind-killer.
Posted by Farsight Blogger