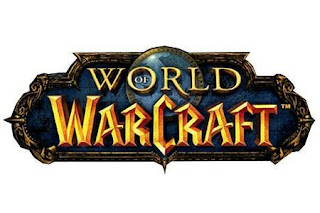 Ah, World of Warcraft, How I love and hate thee in equal measure. Shall I compare thee to a summer’s day? No. Because you’re nothing like it.
I started playing Warcraft just before Christmas 2008. Well, I say since then – in reality I played out the ten day free trial and then didn’t bother with it until my wife started disappearing for a couple of hours every night. Then I created my first character, a Night Elf Warrior called Swordsong (named after my favourite character from my MERP days) and I was hooked. Now I’ve got him levelled at 41 and a Dwarf Hunter called Burgen kicking arse at level 37. Oh, and a Night Elf Hunter at level 17.
I’ve learned some valuable secondlife lessons playing this game. In fact, I’ve come to hate a few things about the game, things that I’ve filed away in a mental lockbox labelled ‘Do Not Disturb. Ever.’

- I hate players who are about three times your level challenging you to duels. Total pussies.
- I hate beggars. I hate it when I’m standing around in Ironforge sorting my stuff out and there’s either a General Chat ‘gld plz’ or some idiot whispers it to me. Just piss off and earn your gold like everyone else, dumbass.
- I hate being invited to join a group when I don’t even know what quest you’re on or why I’m being invited. Talk to me first – it’s rude.
- I hate it when Horde scum raid the town where I am and kill the Griffin point master and I’m forced to wait a million years for them to respawn.
- I hate it when I’m in the middle of a huge fight, or a quest is about to end, or I’m in the middle of a dungeon – and I’m disconnected from the server. Damn you, Blizzard! Damn you all to Hell!
- I hate it when I refuse a duel and the same player challenges me again. And again. And again. And again. Take a hint, willya, and piss off.
- I hate it when I help a player, usually a new one, and after I’ve taken time out to guide them somewhere they either ask me for gold or they just bugger off when they get what they want without a thank you. Manners, people.
- I hate it whenever I ask a question about anything in General or Trade Chat one of the first answers I get is ‘noob!’

Other than that, World of Warcraft is great fun. I was dead set against it at one point. Online roleplaying game? How can you roleplay online? You need people you can speak to face-to-face! It’s not real roleplaying at all! Charlatans! Imposters! Usurpers! You get the idea.
But it’s not that bad. In fact, I really enjoy it. Yes it’s kill-em-and-take-their-stuff gaming but it can be fun if you group up with the right people.
It doesn’t fulfill my tabletop gaming needs as I’d like and the only reason why I had a stab at it (and then subscribed) was because I didn’t have a gaming group at the time and my most excellent wife Lisa was into it.

WoW will have to do something extra special to fully take the place of tabletop RPGs – right now all it can do is be grateful to the original RPG hobby that it has a rich heritage and a rules framework to build on.
Posted by Farsight Blogger