I find a lot of the stories associated with RPG groups highly entertaining. Weird players, weird GMs, strange places to game, strange encounters with groups... they all make for a damn good read and highlight warning signs. What I'm interested in at the moment is GMPCs, those Mary Sue NPCs that are thrown into the mix because the GM feels the need to ego-trip. What are the worst ones you have ever come across?

I've got two - the first was with a GM I shall call NG in a Star Wars D6 game. He took over the GMing reins and used his own PC as an NPC and basically ran the show. He rolled high, made all our PCs look like amateurs and got all the best stuff. Also, NG liked to send his GMPC in to do the cool stuff and after describing what the character did he'd tell us 'you're pretty impressed'. So - after leaving us on the sidelines you're also telling us how we feel about it? Great. To cap it all, when he used the PC in a game I was GMing he assumed that he could use all the cool and amazing gear he had awarded to himself in the game he ran.

The second was a game run by a guy I shall call LT and once again it was Star Wars D6. We'd been employed to track down a missing heiress and we were told that we would have to work with another guy who would 'look after us'... oh, yes, LT brought in his Boba Fett clone and spent, as the GMPC, the whole game shaking his head at our decisions, taking command of combat situations, continually complaining about having to 'babysit' us and always saying - and I mean always - 'come on, ladies' when we made decisions he didn't agree with. When a fellow player said, 'screw this, I'll blow his head off' LT narrowed his eyes and said, darkly, 'you really don't want to mess with him'. I can't even begin to tell you about the game he ran when the Star Wars PCs ended up going through a dimensional portal and ended up in the Star Trek universe, and his GMPC 'guided' them back to their reality.

Just thinking about them makes my blood boil.

And in other news...

This just in - Rob Lang gives http://www.thefreerpgblog.com/ a makeover! There's new graphics and everything and it's very pretty! 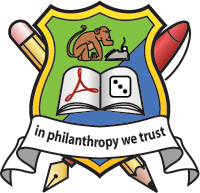 Now over to Fatima for the sport.
Posted by Farsight Blogger