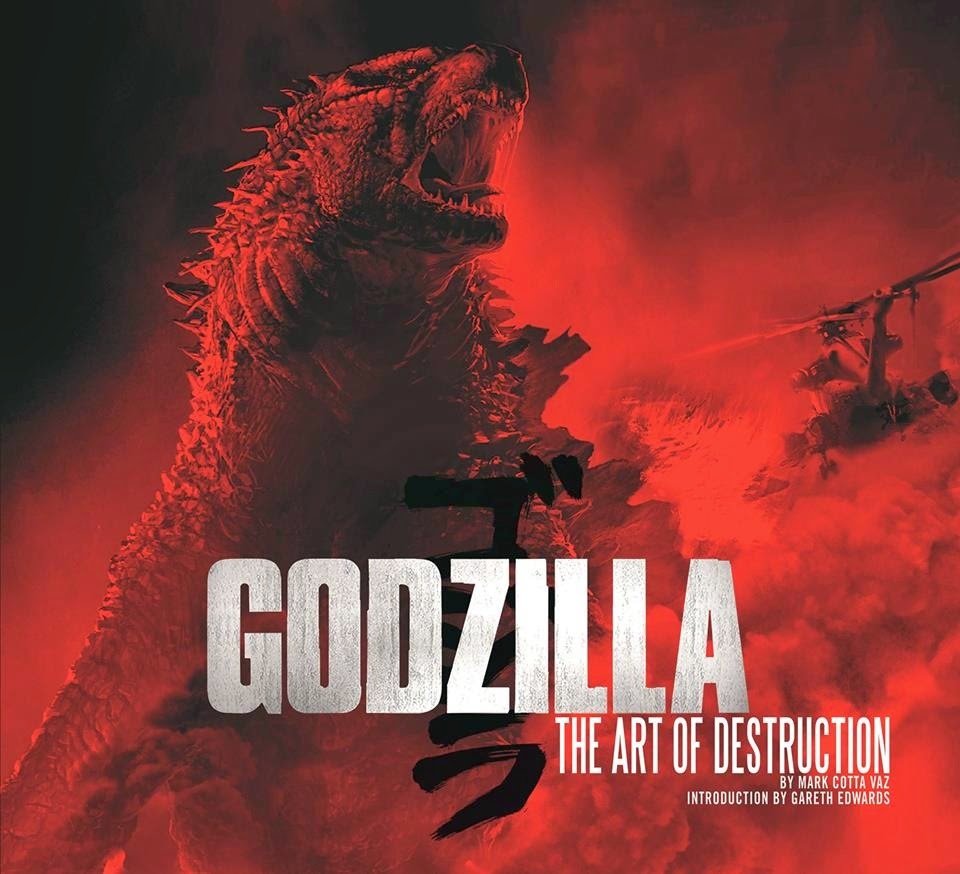 I should start by saying that this book is not really what I was hoping for. I'm a collector of concept art books and when I saw the title 'Godzilla: The Art of Destruction' I leapt at the chance to buy it. However this is not, really, a concept art book but a 'making of' book and while concept art obviously comes into that it is only a small part of it. So I was tempted to give this book a middling review but before I did I double checked the description and found that what the booked contained was explained quite clearly. The fault, therefore, lies with me having the wrong expectation. That being said I can't help but wonder if 'the Art of Destruction' wasn't a deliberate choice to snag the concept art lovers, like me, since those books sell very nicely.

But enough of what I thought the book would be and what it wasn't. You want to know what it is. Put simply it's filled with production photos, interviews, design sketches and maquettes (the little statues they make to show how a thing will look in 3D, rather than just as a drawing), as well as the concept art I was expecting. The split is roughly fifty/fifty between photos and concept art and there is a lot of text getting into the nitty-gritty of making a big monster blockbuster. I was a little disappointed that the monster designs that were included, except for Godzilla, were almost all the early rough sketches rather than finished pieces. Unless they never got beyond the rough design stage (enough for the animators to work from) then I really can't see a reason for this. There are, of course, some great pictures of Godzilla which are spread across some fold-out pages and several different versions of his head.

However I can't help but notice the things that are missing. There are very few location designs, not much military stuff and aside from the big set pieces of the movie, along with the big guy himself, not much else seems to be touched upon in any depth. Fine, it might seem like mundane stuff but some people, myself included, like to see the stages of the design process. It definitely, in my opinion, would have made for more interesting pictures than the handful of photos of actors in front of green screens being told what to do by the director.

So to sum up: I would say that, as an art book collector, I was disappointed. I like to see books brimming with art and only a bare essential amount of text to go with it. However, since that's not what this book claimed to be (in the description, at least, if not in the title) then I can't really knock it down for failing to meet my expectations. So I would say that if you are a lover of 'making of' books then you will find here a great book. The interviews are interesting, the photos revealing, the art that is there is good stuff and the fact it covers all areas of the creation process will be a treat. I've said it before and I'll say it again now, Titan know how to make a good book. Fact.


However if, like me, you're more interested in the concept art than anything else then I would suggest giving this one a miss, certainly until you can have a look through it and decide if the amount of art justifies the price of the book.
Posted by Farsight Blogger