When you see that the Prodos Games Kickstarter raised nearly 380K to design and create an Alien Vs Predator miniatures game and their target was just 35K, then something tells you that this is a game that people not only really want done but really done well. After seeing the new models and speaking to the guys from Prodos Games about their plans for the game and the franchise scope they have to play with, this game suddenly becomes a very important blip on a gamer's motion tracker.

I have a varied history with the Alien and Predator franchises. In a nutshell - Alien is my favourite, Aliens is a great thriller/action movie but a terrible sequel, Alien 3 is woefully unappreciated for obvious reasons, Alien: Resurrection I viscerally dislike, AvP was awful, AvP: Requiem was even worse, the AvP computer games were good, the Aliens: Colonial Marines game was terrible, Predator was amazing, Predator 2 was okay, Predators was suprisingly enjoyable, the Dark Horse comics of both franchises were varied, but my favourite was the original Alien Vs Predator, especially with the introduction strips in Dark Horse Presents.

And out of all of these, do you know what Prodos Games is allowed to use?

'The Boxed Game AvP – The Hunt Begins is a self-contained gaming experience, a fusion of mission and narrative driven Board Game and Table Top War Game. A family game where 1 or more players can sit down and play through their own narrative and develop their own characters and objectives over many inter-linked games. Or players can sit down and play a ‘free for all’ with games like ‘Survival’, ‘Last human/Alien/Predator standing’, ‘capture the objective’ etc. filling an hour or two of your evening or raining Sunday afternoon.'

As I sit here writing this, listening to the AvP computer game soundtrack, I feel myself getting somewhat excited about this game. I was originally skeptical, thinking that we'd have the risible movie characters jumping around a gameboard fighting off and avoiding aliens and predators, a little like the boardgame that Leading Edge gave us those many years ago.

But these are the guys who gave us Warzone, the new Mutant Chronicles wargame, and I've already been wowed by that. So why did I worry? Why did I worry about what they were going to use, when I walked through the doors of Titan Games today and saw the wonderful 28mm miniatures of aliens, Colonial Marines and a predator? Toss in a Queen Alien, some royal guard, a predalien, some facehuggers, sentry guns and some random spears through human skulls and what you've got here is a game closer to the very first Dark Horse comic (which should have been the movie, damn you!) and the computer games, all of which are of a high quality.

Here are some of the shots I took of the models they have planned - you can see plenty of amazing and more detailed photographs on the gaming website GMorts Chaotica: 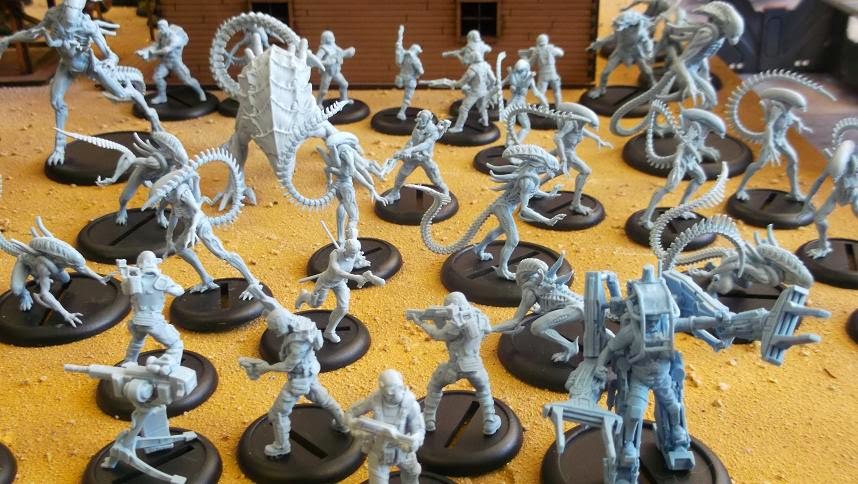 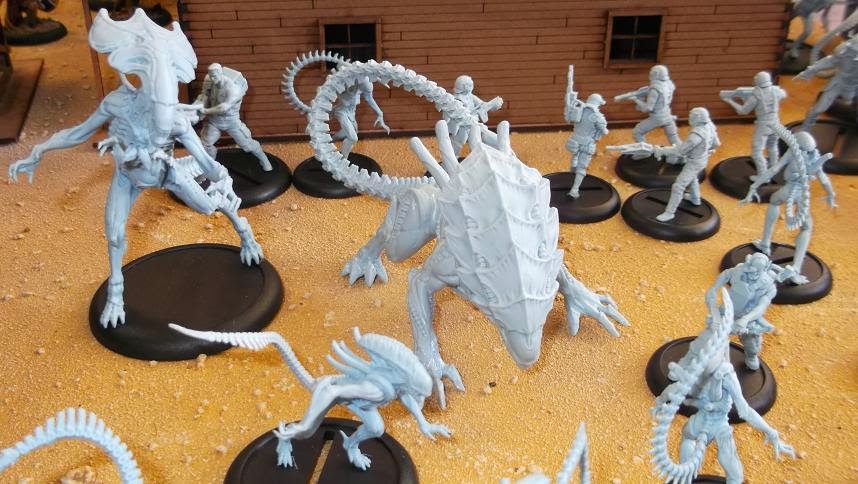 I spoke to one of the Prodos guys and asked him what the limits of the licence from FOX were. The answer? 'There are none'. So... what can you use from the franchises? 'Everything'. From the comics, the games, the movies? 'Everything'. 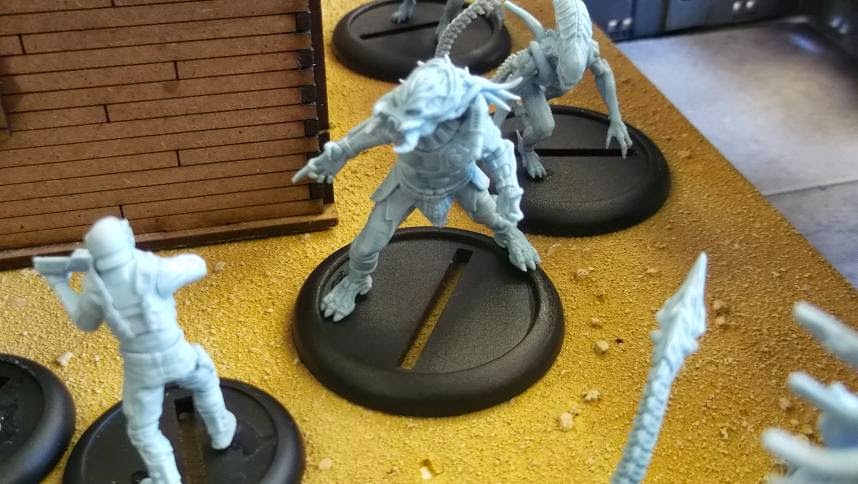 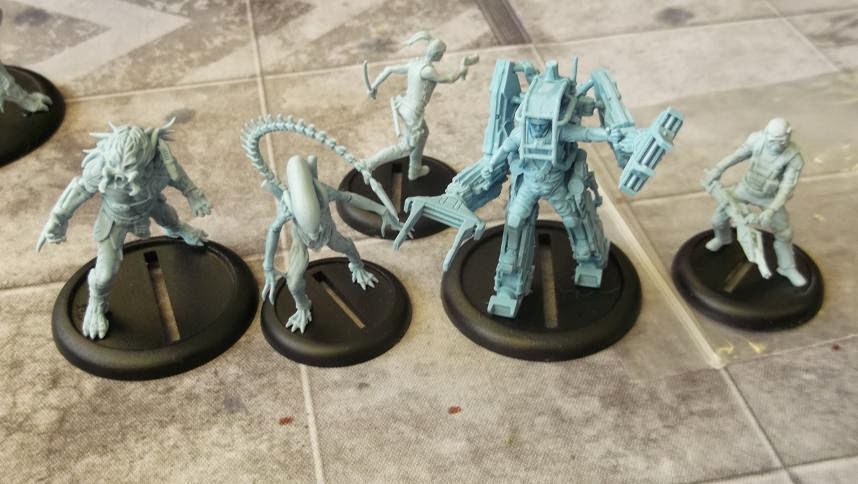 Everything that Prodos Games is doing is being done under close scrutiny with FOX, and everything they design, add, change, take away and otherwise modify has to be given the green light from the licence owners. This has resulted in some high-quality miniatures that are as accurate as you're going to get. The detail and quality is incredibly high and when painted these are going to look amazing. Just have a look at the Kickstarter page to see what else they've got lined up (the Alien 3 Weyland - Yutani commandos are a great idea). This looks like it's going to be a great game with some amazing support. 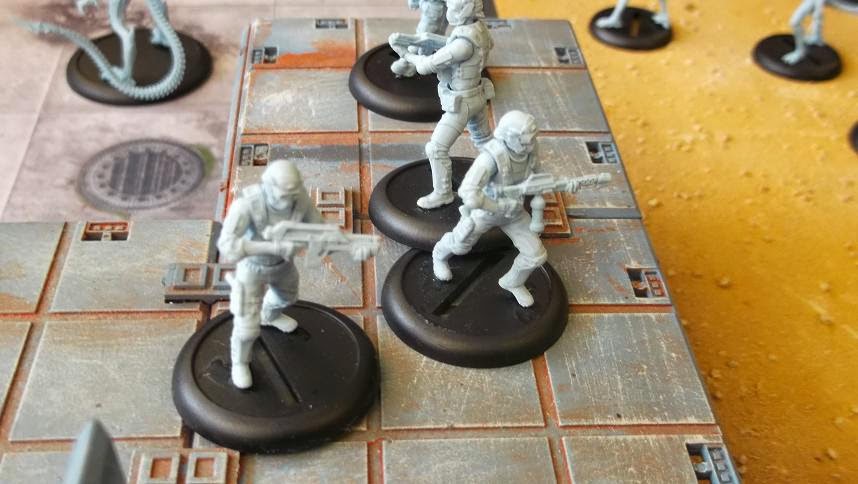 The models look great. I'm no wargaming or model expert, but I know my Aliens and Predators and these models are wonderful, right down to the bony extrusions and the flailing dreadlocks. It's all looking good, and I for one am looking forward to seeing this baby in action.

And for you Mutant Chronicles Warzone fans out there - here's some shots of the new packaging for their starter sets, and some amazing Imperial figures fully painted. This is a cracking and incredibly popular game. 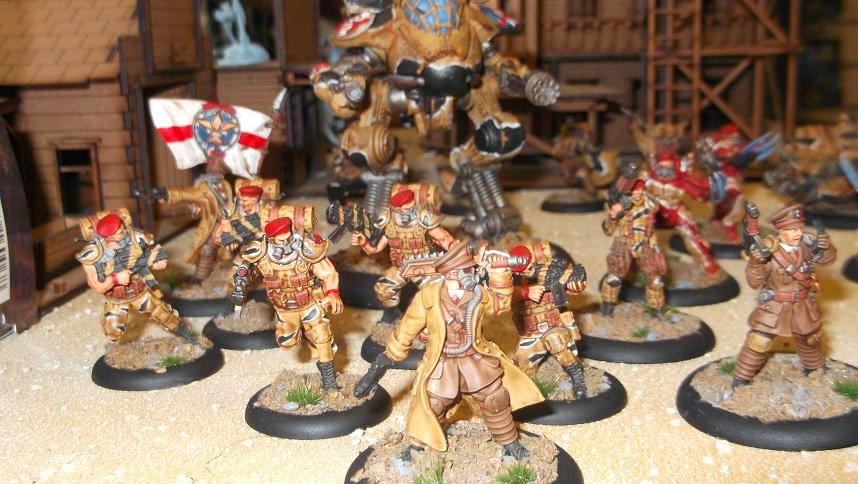 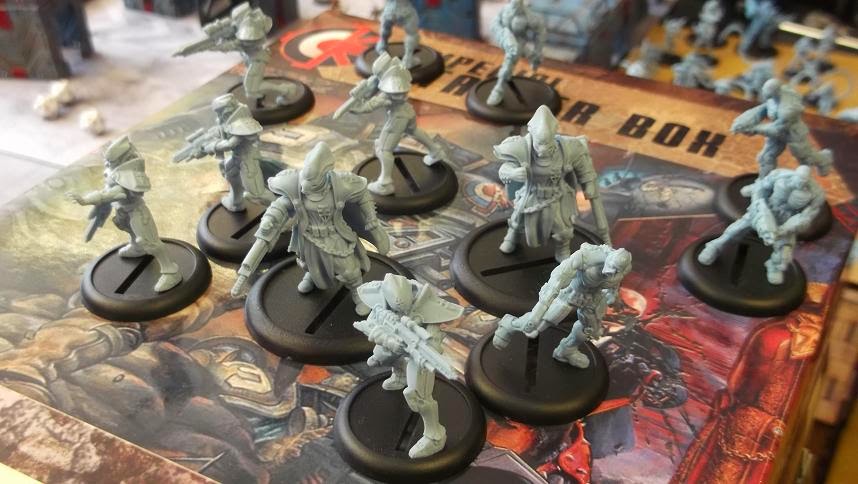 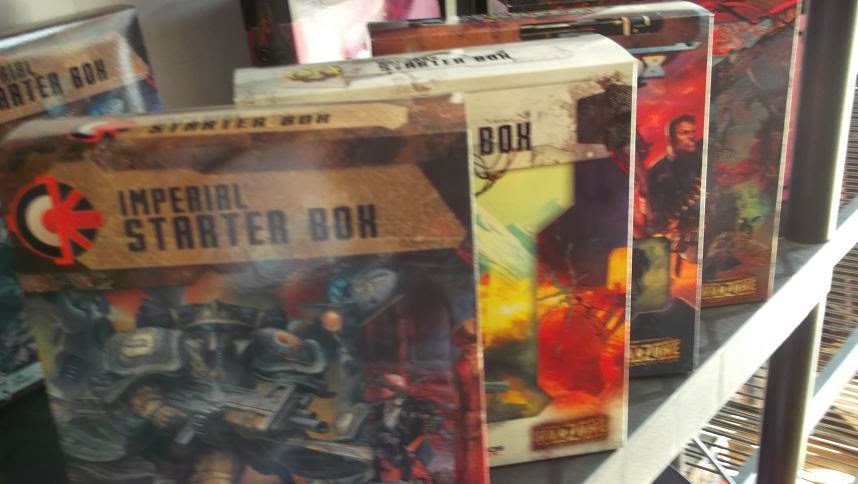 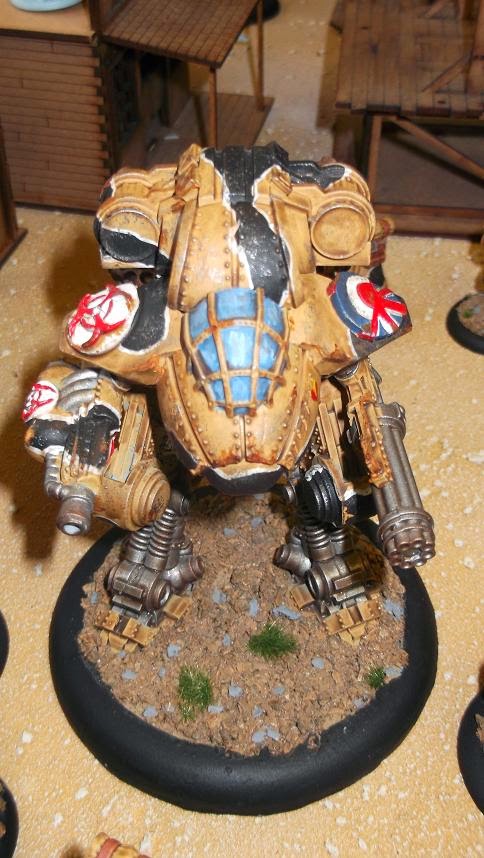