'A grey day in 1974. Three games geeks are thinking about sinking everything they have into their dream of starting a games company. They go for it, but in less than a year one of them leaves. The remaining two carry on and end up living out the back of a van as they can't afford to pay rent for both an office and accommodation.'

So here's a new book on it's way to us gaming fans - it's about the early years of Games Workshop and it sounds like a blast. It's 'A history of Games Workshop, not just the business narrative but the story of its founders and their journey, along with all the people they picked up along the way.

How did Ian and Steve do it? How did they get to that first Workshop store? What's the story behind Dungeons & Dragons coming to the UK, starting a whole new hobby? How did Games Workshop grow after that? It's now so big that it spans the globe. And along the way they invented an entirely new book publishing genre, too!'

There's a glimpse at Chapter 7 here, so you'll get an idea of what the book is going to be like. It's still funding, so get on over there now and get pledging! 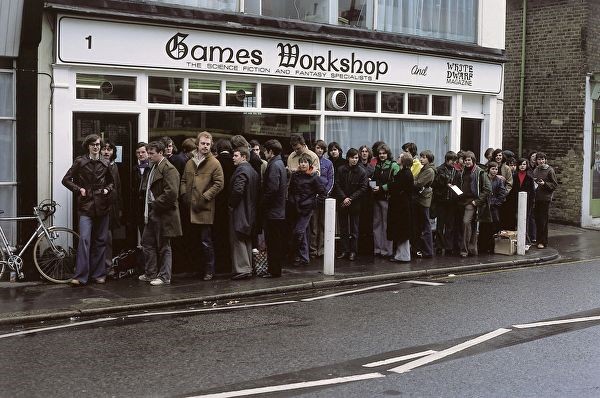