I'd like start a short series detailing the artwork that has inspired me and/or really triggered my imagination over my years of gaming. I'm not sure how long this will go on for, to be honest, but I've been going through my books recently and some images have really jumped out at me so I thought I'd share.

I thought I'd start with an amazing painting, 'Elric and the Sinking City' by Michael Whelan. 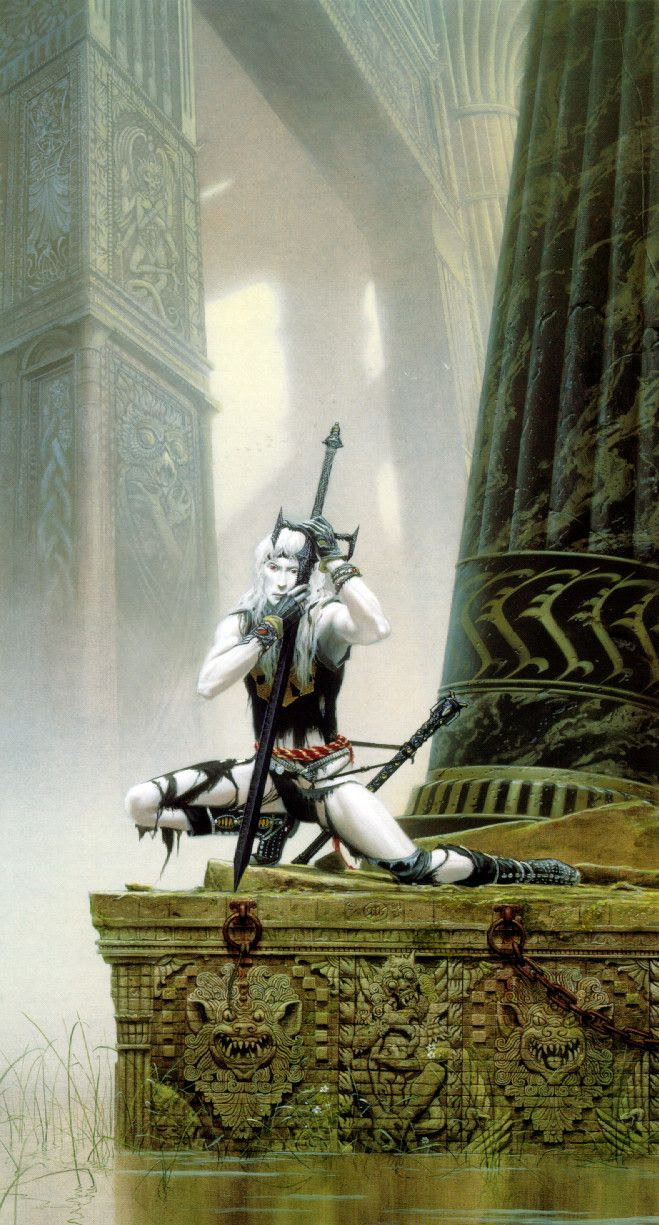 I first came across Elric when his stories were reprinted by Grafton in 1989 and I bought the entire run. This was my favourite of the Whelan covers because it captured both Elric and his world for me; he's muscular but not overbearingly so, and he has obviously has a deep connection to the sword Stormbringer as he cradles it, with a flat, expressionless face that speaks volumes about his torment. As well as that, the surroundings are obviously ancient but also bleak, disturbing and in a state of decline, just like him and his people.

It's a fantastic image and is one that I find not only inspiring but also incredibly evocative of Elric and his saga.
Posted by Farsight Blogger