Apologies to those of you who saw the header and thought I had news about an impending Elric motion picture. That's not what this is about at all.

Elric of Melnibone would be a very difficult story to tell as a film, but it'd work well as a mini series. Perhaps a series like 'Rome' or 'Band of Brothers' from HBO. Ten, 1 hour-long episodes of the worlds favourite sword-wielding albino.

I have two conditions, however. The production design must be done by the artist who painted this beauty: 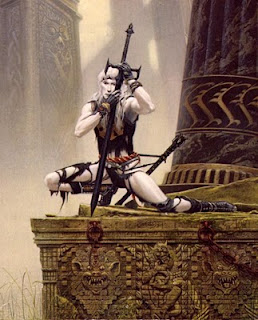 And the character of Elric must be played by Luke Goss, with similar makeup to the getup he had on in Hellboy 2: The Golden Army: 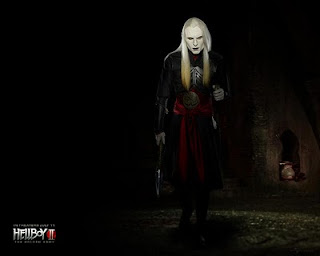 These terms are non-negotiable. Oh, and I have to work on the film, doing something dead important that'd impress people. That'd be cool.