Do you remember this one? I loved it. I originally picked up the 'issue zero' from a comic convention in Manchester when they were first advertising it. 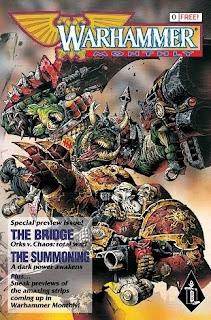 I really enjoyed it. I collected them quite diligently but when I got to issue 69 I was forced to change where I bought it from. Because these new guys were utterly useless at their job I missed issue 70 and then, thanks to a friend who helped me out, only got issues 71 to 74. I missed all the other issues up until they ceased printing it.

This means I'm missing issues 70 and 75 to 86. If anyone can help me out with locating these issues I'll love them forever.

It was a great comic. I've been looking through them and I'd forgotten how many times my letters had been printed - at least six times! I was a proper brown-noser.