Doctor Who-oly crap, that was good.

Well, the new seriesof Doctor Who premiered on the BBC last night and, flipping heckers like, it was good. 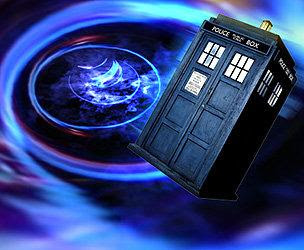 I liked the David Tennant years - in fact, I'd say he was one of the best Doctors (my favourite being Tom Baker as he was of my generation) - but Matt Smith has bought something manic, crazy and fresh to the role. With Stephen Moffat taking over from Russell T. Davies (Davies who was always very hit and miss with his episodes, in my opinion) there seems to be a new energy. The new assistant is looking to be a good one and the aftershow taster of things to come showed me many pretty and exciting things, not the least of which was WW2 Spitfires attacking spaceships. In space. Crikey.

Looking forward to the future with this show. And the past.
Posted by Farsight Blogger