Okay, so this could be interesting. 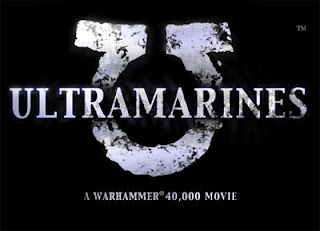 To be fair, a fully CGI movie is the only way to go for this kind of project. The scope of the 40K universe is only ever realised in the art that is produced for it and I'm still horribly scarred by the 40K movies that were made in the latter part of the 20th century. In fact, have a look below and share my pain:

See what I mean? Yes, the production values were low but for the God Emperor's sake - this was made by the guys who published and distributed the game! Try harder!

With Terence Stamp, Sean Pertwee and John Hurt on board to voice the characters I can see this being pretty good.