Book review - The Art of Battlefield 4


Please welcome to Farsight Blogger guest blogger Richard Williams, a fellow gamer, weird stuff enthusiast, writer and a really good friend of mine. Richard has a passion for art books and for a few weeks he'll be sharing his thoughts on some of his favourites.

The Art of Battlefield 4 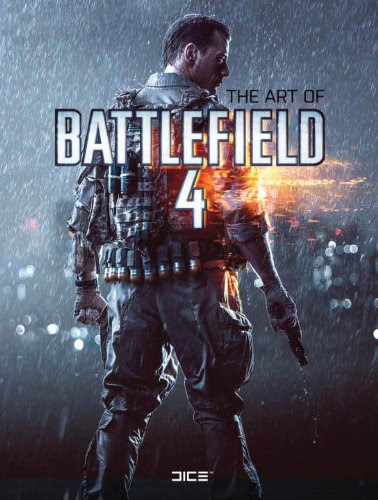 It has been said that producing a top of the line FPS these days is more like creating a movie than a game and that is exactly the impression I got when I first flipped through this book. The similarity between The Art of Battlefield 4 and some of my movie concept art books is really quite striking. And that's not a bad thing. In fact it makes the works of FPS concept art saleable which you wouldn't have imagined prior to COD shaking up the genre.

But at the end of the day this is concept art for a not too distant future first person shooter and as such it limits the kind of conceptualisation that is required. When the game is seen almost entirely, save for the occasional cut-scene, from the perspective of a gun barrel then the majority of what you need to design are levels and action sequences. And that's what we have here and that's why it's only four stars. The range of artwork is naturally limited by what is needed from the art department and so this book is almost entirely about locations, the various levels you progress through as you play the game. But this is a minor gripe and one that I only feel the need to point out in case people buy this book expecting something more than explorations of possible map designs.

Thankfully the range of locations gave the art team plenty to work with (Shanghai, a naval battle, a prison, to name a few) and what we have is quality art, not just functional scene setting but mood setting as well with all the detail you expect from a team trying to visualise a living, breathing, and even dangerous place. I especially like the work for the intro level, set on the outskirts of Baku, Azerbaijan, with it's excellent depiction of dereliction and infrastructural rot. The art is so good and so well researched that it actually makes me want to go to some of these places.

Aside from location art there is a short section of character design at the beginning, although design might be an overstatement since it's just a selection of finished work rather than a look at the design process, but it's good, functional material. Also interspersed throughout the book is the cinematic styled artwork showing what will happen in the scripted cut-scenes and there is, because of how these games are now, quite a bit of it. Again, that's not a bad thing but if you haven't played the game yet then it might be something of a spoiler (but then if you're reading a concept art book you've only got yourself to blame!).

The book itself is very well made, a large format hardback, the kind Titan Books makes so well, and you certainly won't feel disappointed with the production quality. Titan make very, VERY good concept art books. There's a little less commentary from artists and art directors with this book, compared with others from Titan, but I feel that's probably because not much of the art needs explaining. It's a very modern world setting so there's nothing exotic that needs clarification or original concepts that need defining so, again, the work on show is, in a way, limited simply by what was required for this title. That being said, what descriptions and explanations are included are informative and interesting.

So who would want to buy this book? Concept art collectors, like myself, and fans of the franchise might be interested if they're particularly keen. People looking for reference material for their own projects could also find this book a goldmine if they're going for a modern world setting. But if you're not one of those people then I think you would have to be a real fan of location art to get full enjoyment out of this book. As I said it's a bit limited in scope, but that's really no fault of the book, it's just a reflection on what was required. Overall, I am definitely enjoying it.
Posted by Farsight Blogger