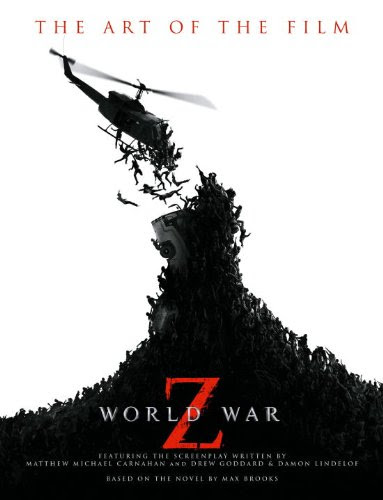 My first instinct was to be a bit annoyed about this book. The reason being that it states, very clearly, across the top of the cover, that this is an art book. It is even listed as 'World War Z -The Art of The Film'.

However I have seen books that have done this to a worse degree (the art of Star Wars Episode 4 was particularly annoying) and aside from, in my opinion, misrepresenting itself it is a decent and well put together book which does feature some of the concept art, along with photos and production shots, and presents the script in a nice and accessible style.

So in summation I would say this; If you're a lover of art books and only want it for that then give this book a miss. If you like to get film scripts then you'll like it because as a script book it is pretty good. If the people making this book had just been more honest about what this book is then they could have avoided a number of unhappy customers (as I'm sure there will be).

World War Z is the eagerly awaited film starring Brad Pitt. World War Z: The Art of the Film is the official illustrated companion to the movie, and features a wealth of stunning production art, design sketches and storyboards, alongside the full shooting script.
Posted by Farsight Blogger