Using the Cthulhu: Dark Ages system to game in Middle-earth

Just to be clear, I never introduced the Cthulhu mythos to Middle-earth. What I did was something I had planned to do for a long time and that was to use the Cthulhu: Dark Ages BRP system to run a campaign in Tolkien's world.

Why not just use BRP or Runequest? Well, those system as they are don't really appeal to me due to the options and some rules that I thought complicated the game, because after a couple of years playing 'simpler' systems such as Basic D&D, Dragon Warriors and Star Wars D6, I didn't want to get bogged down. We did flirt with D&D and even Pathfinder, but it was agreed that BRP was the best fit for what we wanted to do.

To get away from the more complicated options of BRP and to save me the work of trimming down Runequest to suit my needs, Cthulhu: Dark Ages rose to the challenge. As a trimmed-down version of Runequest/Cthulhu it's pretty much what I want in a fantasy RPG. Runequest Monsters and some of the mythos creatures fit well, and thanks to some Middle-earth downloads from the BRP message board I was able to fill in a lot of blanks. In fact, that download page and the Cthulhu: Dark Ages core rulebook was all I required to run the game.

The first session went well. It's being played as a sandbox setting so that the players, both of whom know the setting well, can explore to their heart's content. It's set two years after the War of the Ring so the world is still a little shaky and the armies of Sauron are fled or hiding. 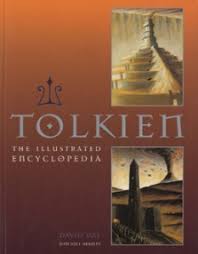 There are plenty of places that are now abandoned, such as elven settlements and old forts and towers, so there's some great potential for adventures.

For the game I also used: The character counters from the Pathfinder Beginner's Box for minis, Mongoose's 'Legend' core rulebook for some of the options,The Illustrated Guide to Tolkien's Middle-earth for quick reference, the appendices of The Lord of the Rings for post-war information and state of play, the three 'Art Of' books from the Peter Jackson movies for visuals, and lots of art from the 1980s MERP game for the same. Big J, one of my players, was kind enough to print out plenty of sheets and old MERP module covers and set up a large reference board to help with the atmosphere.

The adventure began at the small settlement of Hedgehome by the westernmost entrance to the road through Mirkwood. Who was the Traitor General, and why has the village of Fortuin been abandoned?

It worked really well, quick and easy and it had a great atmosphere. I'm thinking of changing the Sanity system to a form of corruption, in which the characters may be influenced by the darkness seeping from Mordor... Right now I have no need for magic, but I'll probably use a cut-down version of the Runequest magic system. No magic missiles or fireballs, just some defensive, light and nature spells so that it fits in with Tolkien's world.

It's a lot of fun.
Posted by Farsight Blogger