Here's something that looks like a lot of fun...

Imagine that Wendy from the Peter Pan stories was on the Titanic, got separated from the other survivors and washed up on a mysterious island where Peter Pan wears a jetpack and Tinkerbell is a tiny robot. Oh, and there's dinosaurs.

Sounds weird? Damn straight it does. That's why it's cool.

Gamebook author Jonathan Green - who I interviewed a few years ago and was a thoroughly all-round downright decent chap - is hoping to bring us this insane story as a gamebook with full rules for interacting with the denizens of Neverland.

The Kickstarter is running now as of this post.

"NEVERLAND is a brand new adventure gamebook - a multi-path book, very much in the style of Choose Your Own Adventure or Fighting Fantasy Gamebooks, in which you choose the course of the story - inspired by both Peter Pan and Wendy, by J. M. Barrie, and The Lost World, by Sir Arthur Conan Doyle.

It's Treasure Island meets Jurassic Park! It's Cutthroat Island meets King Kong! It's Pirates of the Caribbean meets The Land That Time Forgot! It's Pirates versus Dinosaurs! And you can play as either shipwreck survivor Wendy Darling or automaton avenger Peter Pan. Anybody who has read and played The Wicked Wizard of Oz or Alice's Nightmare in Wonderland will have a very clear idea of what to expect!

At 11:40pm on the 14th April, 1912, during her maiden voyage, en route to New York City, the RMS Titanic struck an iceberg and in the early hours of 15th April the passenger liner sank. 1,503 people died, including passengers and crew, but 706 people survived, among them Wendy Darling and her dog Nana...

Separated from the rest of her family, Wendy's lifeboat drifts for days until it washes up on the shores of a mysterious island - a place lost in time, home to creatures long thought extinct, a forgotten tribe, and a boy who can never grow up.

But the notorious pirate Captain James Hook and his crew have also found their way to Neverland, and the island is angry..."

He's got some serious pedigree in this area, so this is a project well worth getting involved in. 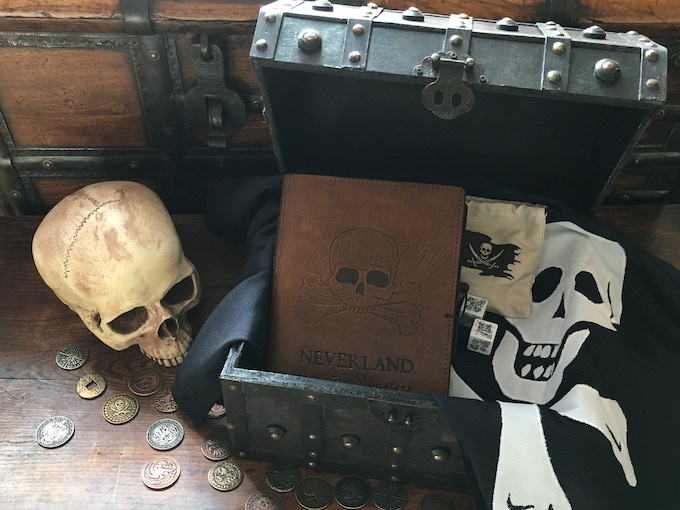