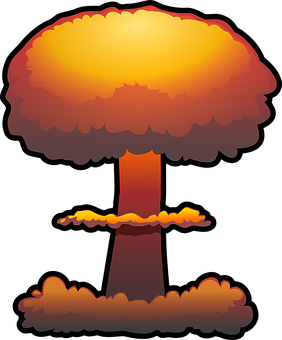 Here’s a genre I haven’t really spent much time in at the roleplaying table; the post-apocalytic. I wrote a SKETCH game called ‘The 13th Year’ a few years ago after a long stint playing Fallout 3. It was a game about an alternative atomic-ravaged world after World War 2, but even after playtesting and running a few short games I never got a full campaign on the go, and that surprises me because the post-apocalyptic setting is rich with opportunities for drama, adventure, combat and inventory management.

And I think that could be the core of a post-apocalyptic game; inventory management. Yes, let’s worry about the wild animals, the supermutants and the nuclear fire-breathing ants, but let’s also remember that this is a world after a huge disaster, and we’ve been thrown a thousand years back from our comfortable internet-enabled lives into what could be the end of the world where very little is available. Where’s the next meal coming from? Is that six-legged cat okay to eat? Is the water poisonous, dirty, infected? When will I next be able to change my underwear? Do I use these last three bullets for hunting, or will I need to protect myself? Can that man on the horizon be trusted? Yes, I know they just ate my mates but maybe they’ll trade for some of that spam?

Keeping the players constantly guessing is a must for a game like this, not knowing what threats are around the corner in a possibly morally ambiguous world is a great impetus and almost forces a group to band together, but having them make sure that they write down everything they own, have scavenged and are able to carry or hide is a game in itself. Every drop of water becomes precious, every bullet is something to be treasured and food is a commodity as well as a source of life. You’ll be amazed at how the equipment and inventory lists become the most important thing on the character sheet after a short while in the wastes, and every item on that list can be an adventure in itself. When they need a replacement item, ammunition or fresh supplies, that’s a quest. A mission. An adventure hook that already has the goal and the rewards set up – continued survival.

And what is beyond simply surviving? Building a new community, with new philosophies and laws? How big do want to make it? How will you treat your lawbreakers? Are people with two heads allowed? What would you do, how low would you stoop, to protect the things you own and the places you have built?

The post-apocalyptic setting has so many possibilities far beyond the window dressing and the reasons why the world has ended. Nuclear war, asteroid impacts, natural upheavals, resulting in mutants, insane petrolheads, zombies or crazy psychic magic powers are the visual and world-building cues and can help create amazing adventures filled with tense, blood-pumping moments of high adventure, but inventory management… that’s where the heart of the post-apocalyptic game lies, and characters can die from a badly managed equipment list just as easily as from a blow to the head from a missile covered in barbed wire.
Posted by Farsight Blogger