So, there was this one time in a game where three players had basically thwarted the GMs obviously well-laid plans by setting fire to the Evil Wizard's impenetrable tower. By impenetrable I mean there simply were no doors. They spent two hours of realtime throwing burning oil on the walls, stacking firewood up the walls and firing burning arrows through the windows. They watched the whole place go up in smoke and were quite happy with their work, only to be told that they'd failed to kill the Evil Wizard because the Evil Wizard was 'out shopping'.

Then the Evil Wizard turned up with with two bags of groceries, frowned a lot, and then kicked their arses. 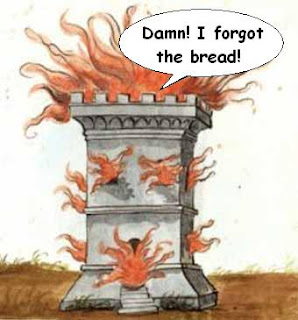 I shit you not.

*I was not the GM, I swear. I have omitted names so as not to embarrass anyone.